With every kilo counting, Britain’s Sam Davies said they had taken two days of food off Initiatives-Cœur. Some benefitted from this :

“First to all the fleet in the Transat Jacques Vabre Transat Jacques Vabre #TJV2015 good luck and I hope to see you all in Salvador,” Davies said. “But we’re not the only ones out in the Atlantic : to the Dongfeng race team on the Volvo Ocean race Volvo Ocean Race #VolvoOceanRace you too are about to set off on a massive leg to Cape Town, thanks for your encouragement, and the same back to you, to Charles (Caudrelier), a winner of the of the Transat The Transat #thetransat #ostar Jacques Vabre in 2009), Carolijn (Brouwer) and yes Caroline, Foxy is going to be onboard Initiatives-Cœur don’t worry ! Good luck to the whole fleet and especially all the girls from Team SCA. 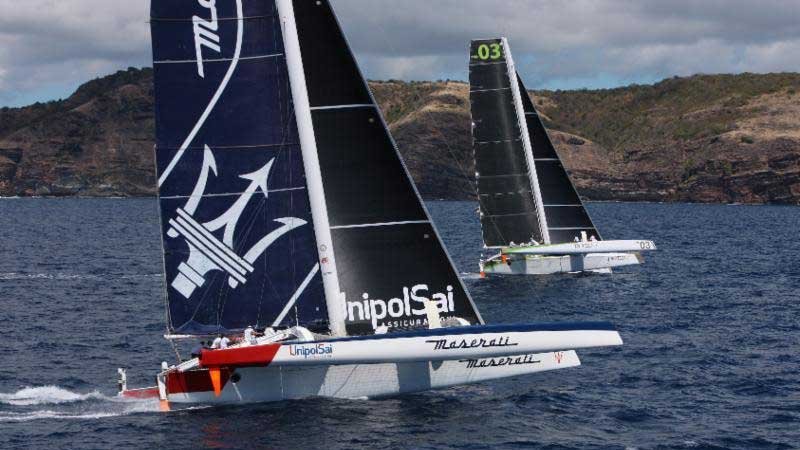