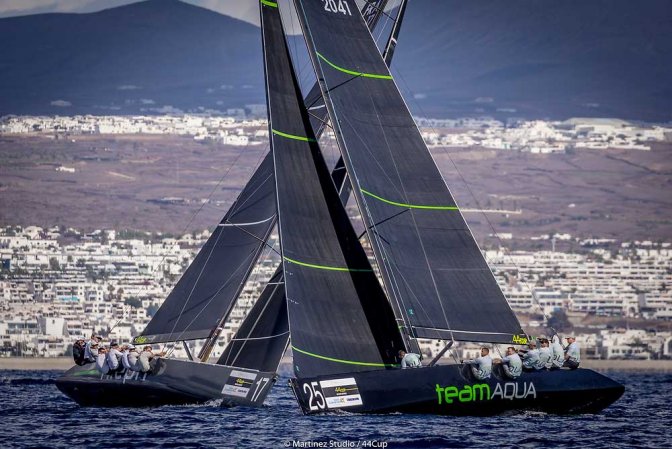 Over four of the most difficult days of racing in 44Cup history, an impressive seven races were still held at the 44Cup Calero Marinas Lanzarote frequently in 5-6 knots wind, conditions, frankly, in which most other yachts would have been unable to race. Nonetheless it produced two worthy winners with Team Aleph winning the event and Team Aqua the season.

The schedule for the final day of racing, off the blackened lunar landscape of Lanzarote’s south coast, was brought forward by two hours to 1000 UTC. PRO María Torrijo had made this call in order to provide the best window of opportunity to race, given the forecast of a fourth day of light winds in this usually windy venue.

Ultimately just one race was successfully sailed and this produced a photo-finish between Pavel Kuznetsov’s Atom Tavatuy and John Bassadone’s Peninsula Petroleum, with the Russian team taking the bullet by millimetres, from the Gibraltese on which double Olympic Finn gold medallist Giles Scott was calling tactics for the first time.

This was the Russian team’s third bullet in seven races sailed and was enough to leave them ending the regatta second. However, in typical 44Cup style, this was on a complex countback, tied on points with Igor Lah’s Team Ceeref powered by Hrastnik 1860 and Chris Bake’s Team Aqua. In turn they were just one ahead of 44Cup newbies ARTTUBE, skippered by the 44Cup’s sole female helm, Valeriya Kovalenko, who finished fifth of nine in her second ever 44Cup event.

Kuznetsov was beaming when he returned to Puerto Calero as this was Atom Tavatuy’s best result since joining the 44Cup full time in 2019. “It is our first podium in the 44Cup for me and also for Pavel,” said the team’s tactician Evgeny Neugodnikov. “It is a great result. Sometimes you have time to do it, like the final event, when the others are fighting for the season and you have a bit more space.” Atom Tavatuy finished the season fifth overall, but this year won the Melges 32 World League and were European Match Racing Champions.

Neugodnikov said that their new bowman, Evgeniy Egorov, had also made a big contribution. “He was very confident. We won all of our starts, apart from the first one. With a good start you have a better chance to come out on top. Also the team is working better and better and Pavel understands a lot more the boat.”

The finish in what would be the final race of the event, and of the season, was close in typical 44Cup style, thanks to the boats being so even and the teams so experienced. For example, at the start of this season Igor Lah’s Ceeref powered by Hrastnik 1860 won their home regatta in Portorož, Slovenia by five points but otherwise the winner has always been decided on countback or has won by just one point after 10-12 races sailed.

However here in Lanzarote, this was shattered by Hugues Lepic’s Team Aleph. The winners of August’s 44Cup Cowes were racing here with their usual crew, led by tactical maestro Michele Ivaldi, but with Italian Alessandro Rombelli standing in for Lepic on the helm. Incredibly the Rombelli-steered Team Aleph won this week’s 44Cup Calero Marina Lanzarote by a resounding 14 points after just seven races.

“It is never easy, but we had the perfect week,” said Rombelli. “The weather was not very good, but we managed to have some nice races. We were in the right spot most of the time which helped. We had fun this week and were happy with the results we achieved.

“The RC44 is cool, because even today when there was just 6-7 knots of wind, we were able to have a race.”

Within the bigger picture of the 2021 44Cup season’s title, the competition was as close as usual. Going into this event, Chris Bake’s World Championship winning team on Team Aqua were leading by two points from Ceeref. A highly uncharacteristic last place in today’s only race dropped Team Aqua back to fourth, with Ceeref in third, but tied on points. Effectively separated now by just one point, meant some match racing between the two teams was certain going into the final race. Sadly, with the wind down to 3-4 knots and after a long wait, Mother Nature deprived history of this occurring, handing the 2021 44Cup title to Team Aqua.

“It is the first time in a while we have win the series and the first time we have won that and the Worlds in same year,” said a jubilant Bake. “It is about joining all the dots and that worked well. I don’t think it was anything specific, just more of the same, better. Consistency too has a lot to do with it.”

Team Aqua was the stand-out team in the 44Cup’s early years, winning its fleet racing championship for four consecutive years over 2011-14. Recently the team has enjoyed more success as RC44 World Champions, this year successfully defending their title from 2019. Bake’s team ‘doing the double’ this season is a first for them but was previously achieved by Ceeref in 2016, a year after Vladimir Prosikhin’s Team Nika was the first team to manage this.

The 44Cup resumes in 2022 with five events scheduled. Looking forward to the new season Chris Bake concluded : “It is really good. We have some renewed interest with two new owners and another in the wings - that is really good for the class.” 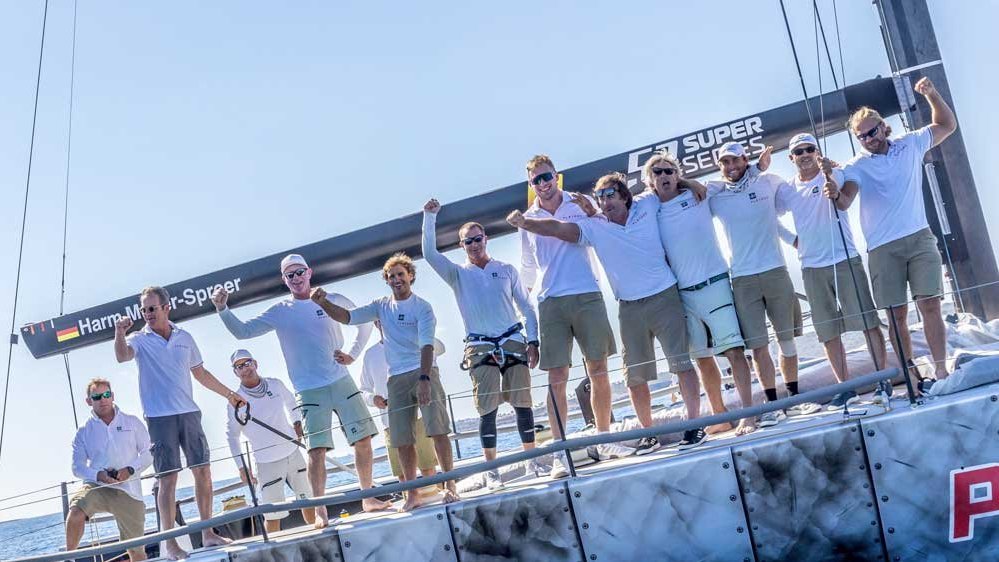 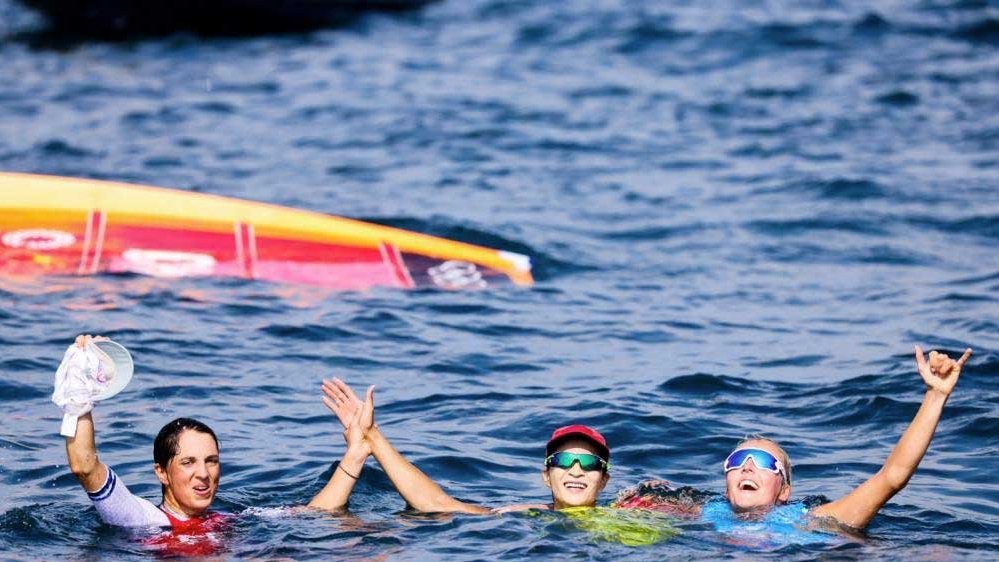 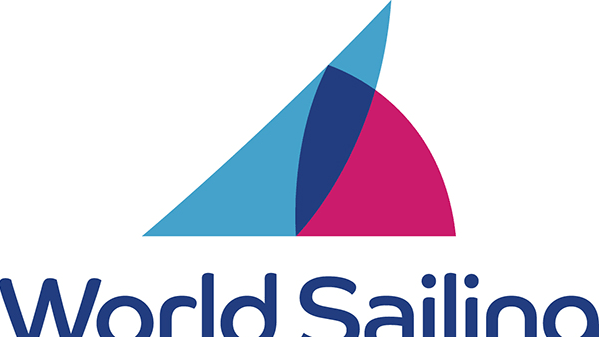 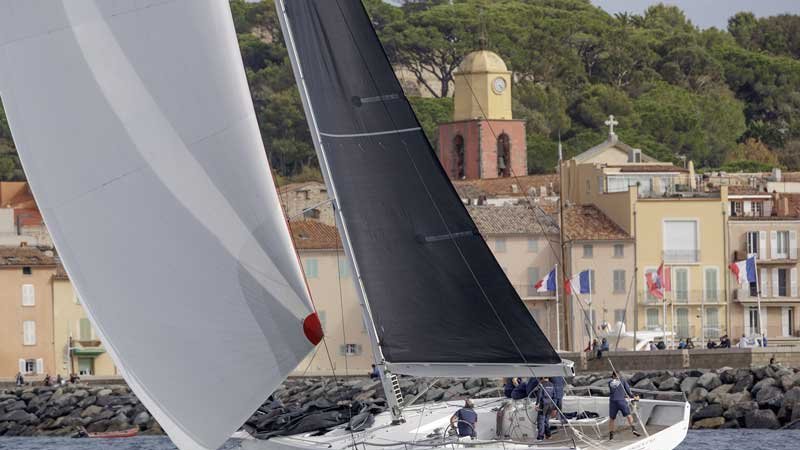