Gruber, who won a A$5000 first prize cheque and 100 Championship points, said he was super happy.

"It was good to win the last race, and now I’ll party. I do enjoy the light wind a bit more, but I trained more in strong winds and now have the perfect package.

"This event is so nice, so well organised, everything about it is great - the location, the conditions. I’ve a few days now before I fly home, so I’m super relaxed."

Bridge finished the race and event with a solid second place, 21 points clear of Leccese in third. He showed great focus throughout the regatta, consistently making sure that Gruber wasn’t allowed to go free and sail his own races.

"Each race I didn’t try any flash tactics, just tried to beat Florian," Bridge said. "It was a great event ; I’m feeling good."

Since the start of competition, there has been fierce competition between Poland’s Aga Grzymska and France’s Ariane Imbert but Grzymska proved too strong, winning all three of today’s Women’s races and 11 of 17 overall, relishing the lighter winds. Spain’s Nuria Goma placed third and top Australian female kiter was Lisa Hickman from Queensland placing fourth.

It was a big personal win for Grzymska.

"This is the first time I have won an international event – it’s a big thing for me," she said.

"I had plenty of worries going into today’s races that I would drop my kite and get second place, but I was really happy with my racing today."

The top 10 men competed in four races today and six women contested three races on the Indian Ocean. The course was shortened to produce tight sprint races. In the lightest winds of the week, 17m to 19m kites were the order of the day.

The battle was on between Gruber, Bridge and Blazej Ozog in the first medal race. Bridge looked like taking the win until Gruber took advantage of a wind shift, and light wind master Maks Zakowski whipped into second. A hectic downwind sprint to the finish ensured with barely anything between the riders. Zakowski drove hard but Gruber managed to score the day’s first bullet.

Showing great tenacity, Bridge took out the second medals race of the day holding off Gruber who finished in second, and Ozog in third. The three were sailing their own race well ahead of the rest of the pack.

The fleet spread out in the third Men’s Medal race with a slight drop in wind. Gruber, who trains primarily in light air on Austrian lakes, put on a masterclass in low wind kiteracing, finishing 90 seconds before Bridge.

In the fourth and final race today with nothing to lose, Leccese shot out to sea on port at the start and by the top mark found himself third behind the routine Gruber/Bridge formation. In 6kn winds Gruber displayed technical superiority romping home and clearly in a jovial mood, went for a victory handlepass in front of the beach. 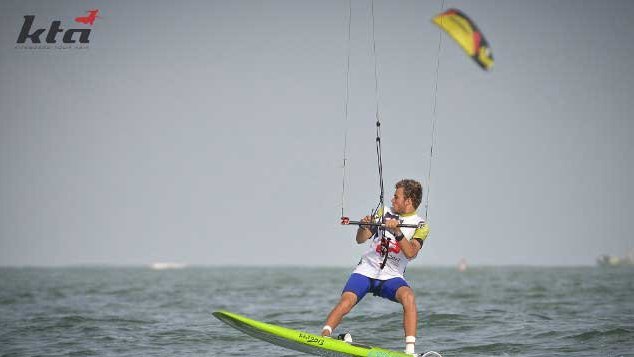 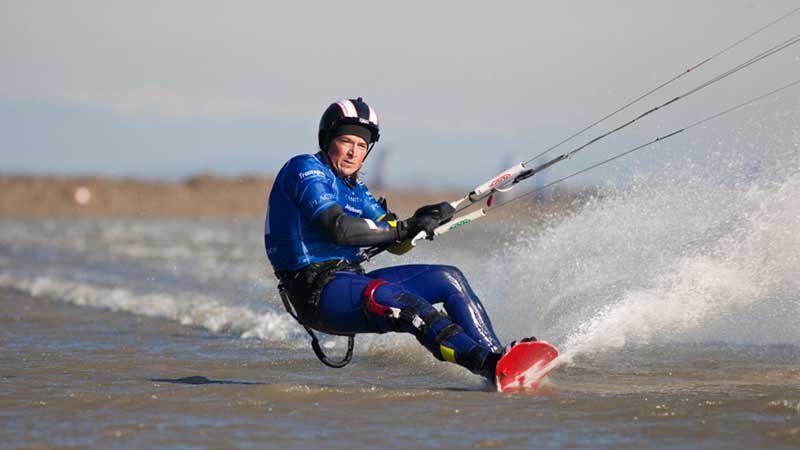 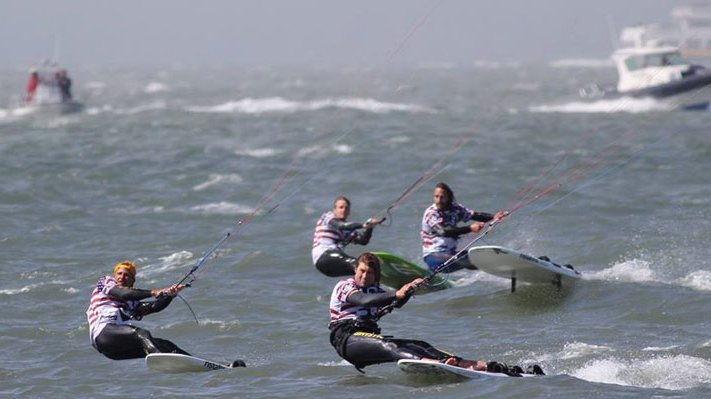 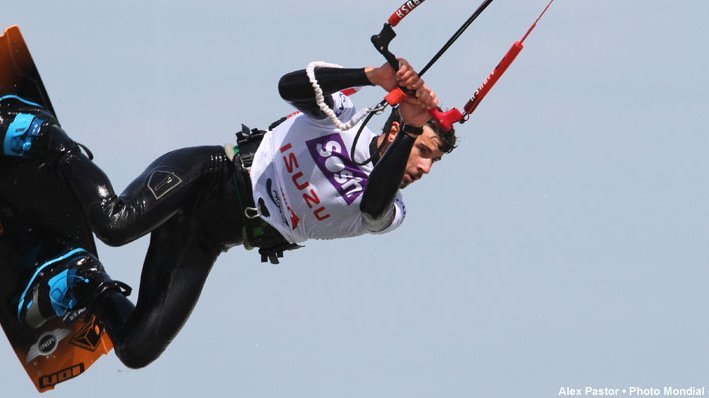