Peter Burling : "It’s been amazing to actually take the win" 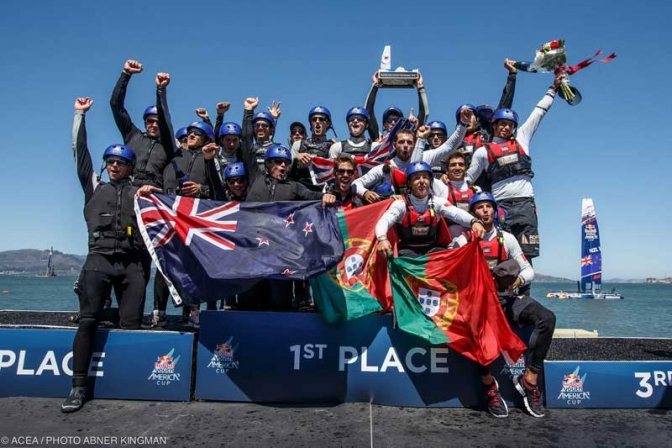 Frenetic aggression and elite racing was the order of the day for the youth sailors of the Red Bull Youth America’s Cup America's Cup #AmericasCup on Championship Wednesday, as New Zealand Sailing Team with Emirates Team New Zealand prevailed over nine other teams from around the world to take the inaugural title on San Francisco Bay.

The New Zealand team was challenged early and often by its fierce rivals on Full Metal Jacket (NZL) and ROFF/Cascais Sailing Team from Portugal, who finished second and third, respectively. These 19-24 year old young guns and future stars of the America’s Cup America's Cup #AmericasCup were shining bright as they carved out a pathway for themselves into the professional ranks.

The leaderboard was tight throughout the regatta. The 10 youth teams, representing 8 countries, pogoed up and down the points’ table with each race result leading to tense moments on the final day.

In the end, just three points separated second from fifth place. When the Swiss Team TILT won race 7, they became the sixth different crew to claim a race win in the regatta.

Current America’s Cup America's Cup #AmericasCup stars were on-hand to eyeball this next generation of talent. Nathan Outteridge of Artemis Racing and Glenn Ashby of Emirates Team New Zealand were impressed by how hard these youth sailors pushed the AC45 AC45 #AC45 catamarans.

“It’s been amazing to actually take the win,” said Peter Burling, the skipper of the New Zealand Sailing Team. “We got a lot better during the racing. It’s amazing to take the win and quite humbling to do it under the Emirates Team New Zealand banner.”

His rival, Will Tiller, with Full Metal Jacket, made this a Kiwi one-two on the leaderboard with a strong, consistent performance over the four days of racing.

“It’s exciting. It’s wet, fast and fun,” Tiller said, in describing sailing the AC45s. “There’s so much work that has to happen behind the scenes to get to this point. We’ve had to put together everything ourselves, to be self-sufficient. So we’re very proud to get this close to the top.”

Swiss skipper Lucien Cujean had an outstanding start in Wednesday’s lone race and led all the way around the track to jump from sixth place to fourth overall, just one point shy of the podium.

The big winner on the day was the ROFF/Cascais Sailing Team, who scored a second place to lift themselves onto the podium ahead of the Swiss and the American Youth Sailing Force who had a disappointing eighth place finish, dropping from third to fifth overall.

Roman Hagara and Hans-Peter Steinacher, the double Olympic gold medalists who serve as Sport Directors of the Red Bull Youth America’s Cup, have been a driving force behind the event and are impressed with the level of talent they’ve seen.

“The young guys are amazing. They are racing the boats really hard and the competition is very tough,” Hagara said. “The best team won. But all of the teams have shown massive development. They learned so much here and the racing has been very tight.”

“The sailors are taking a lot out of this, whether they finished in first or in tenth,” said Steinacher. “They’ve seen the way the professionals at the America’s Cup operate and I think they’ve all learned so much about what it takes to succeed at the highest level of our sport.” 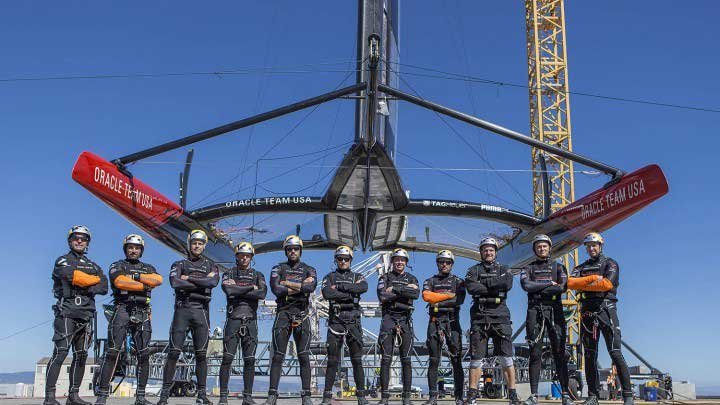 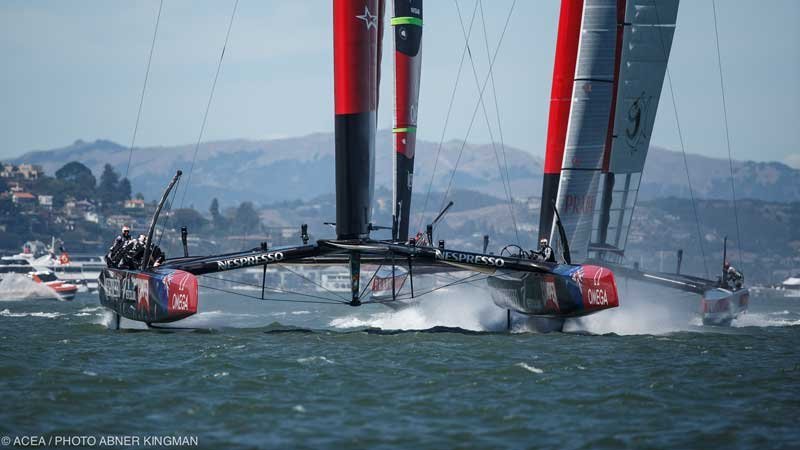 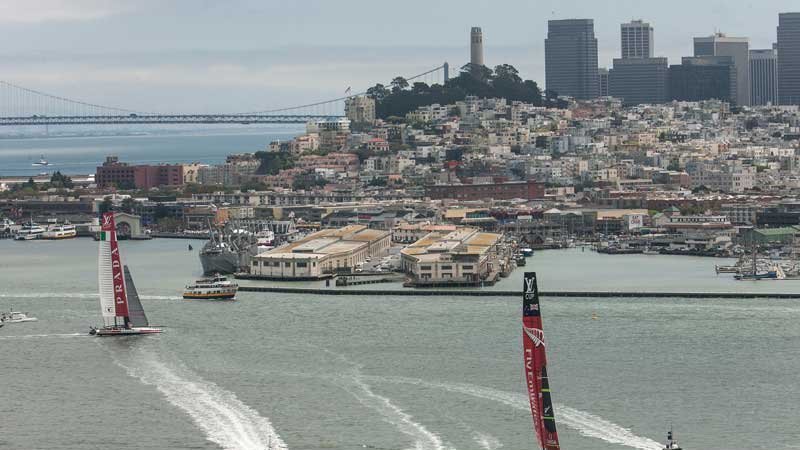