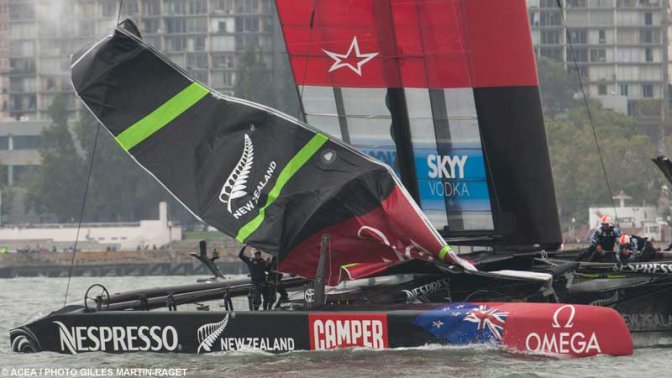 “We did a few changes on the boat, increased the aero package and a few changes in the systems to the boards,” said Sirena. “Today the Kiwis showed really good speed Speed #speedsailing around the course. We sailed well around the course, which was the main goal, but we need to try and improve as a crew and our boatspeed in the next few weeks.”