Ben Ainslie : “It was a big day for the team to have two AC72s out on the Bay”

ORACLE TEAM USA completed a first full day of two-boat testing on Wednesday in San Francisco. Both of the team’s AC72 AC72 #AC72 racing yachts spent the morning running through various tests and boat set-ups as they maneuvered around the San Francisco Bay.

“It was the best day of the campaign,” said skipper Jimmy Spithill. “It has taken a lot of work and a lot of energy to get two full crews up to this level, to operationally get to this level, to launch and have two boats ready to go. A lot of credit goes to the shore and build teams.

“Now, we have two competitive boats,” Spithill continued. “That’s a good position to be in as you never know what’s around the corner. For us to have two boats, with two race wings, and have a lot of depth in our sailing team, it certainly gives us a chance to produce more boat speed. And, from a racing point of view, it allows us to really learn the race track and build a playbook.”

Spithill took the helm of one AC72 AC72 #AC72 while Ben Ainslie was behind the wheel of the other AC72 AC72 #AC72 . Two full crews – 22 sailors combined – were onboard for the morning session. Following testing, one boat returned to the base while the other spent time on the race course.

“It was a big day for the team, and exciting in many ways to have two AC72s out on the Bay,” Ainslie said. “It was foggy at the beginning – it was a bit eerie as we were sailing together and at one point you couldn’t see the other boat. But, the fog cleared and we had some fantastic conditions. We learned a huge amount.”

Through two-boat training, the crews run through a list of tests between the boats – from different sails to different mode settings. While several tests were accomplished today, the team will continue the two-boat program as conditions allow while keeping both boats maintained.

“While the other teams are worrying about rules minutiae, we are getting ready to race,” said CEO Russell Coutts.

ORACLE TEAM USA re-launched its first boat in February, while the second AC72 was launched at the end of April. Training on both boats have alternated independently since both have been on the water.

Racing among the challengers begins on July 7 with the Louis Vuitton Cup. ORACLE TEAM USA’s race schedule opens on September 7 with the first race of the 34th America’s Cup America's Cup #AmericasCup .

“One-boat testing is very difficult. And, when you try to do it in San Francisco – a dynamic place where the currents are always changing, the winds are shifting, the gradients different – its very tough. With two boats you have a benchmark and you can see the changes you make,” Spithill said. “Today was a very good day and has given us all a lot of confidence. There’s been a weight lifted off our shoulders, as we know we can go two-boat sailing. I think it will definitely make us stronger as a team, and more importantly, faster.” 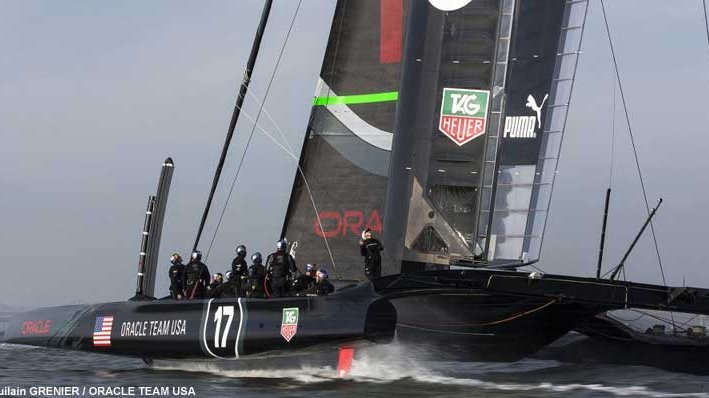 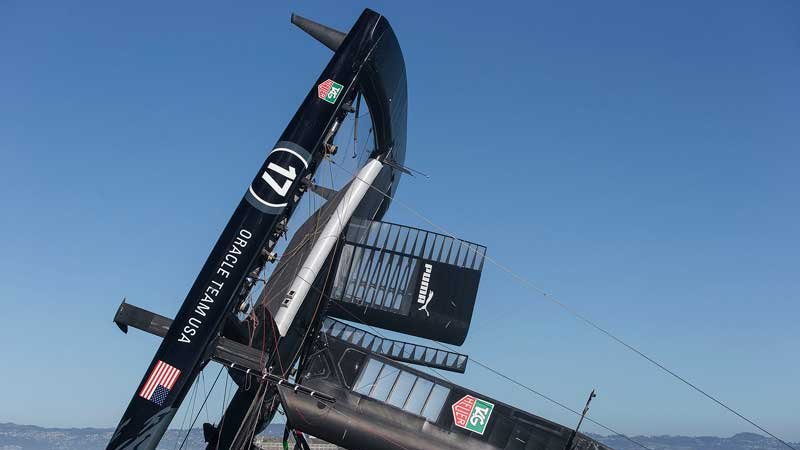