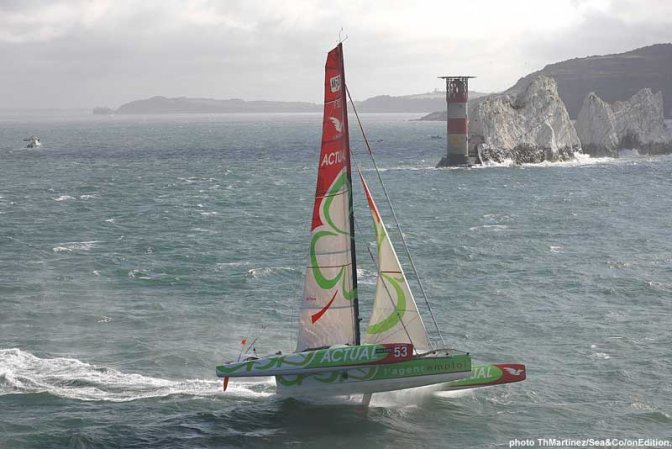 The winner of the prestigious Gold Roman Bowl for first boat overall on IRC handicap is Tony Langley’s TP52 Manroland Sheetfed. Competing in IRC 0, Manroland Sheetfed (aka Weapon of Choice) was the second monohull to complete the course, finishing in 4hrs, 42mins and 12secs to win on corrected time by just 3 minutes.

Tony Langley’s crew held off a strong challenge by last year’s Gold Roman Bowl winner Sundowner. Jo Hutchinson’s Contessa 26 won IRC Division 3D by completing the course in 8hrs, 31mins and 17secs giving them a corrected time of just 3 minutes and 4 seconds slower than the TP52 and awarding them the Silver Roman Bowl for second overall in IRC.

Sundowner also faced a fierce challenge from another previous winner of the race, Ed Donald’s Madelaine, a Nordic Folkboat that won the Gold Roman Bowl in 2007. Racing in the same class, Madelaine finished just two and a half minutes behind Sundowner on the water, to take third overall on corrected time.

Line honours went to the Multi 50 trimaran Actual, which crossed the finish line at 10.19.57 this morning, finishing in a time of 3hrs, 09mins and 57secs to just miss out on the outright record Record #sailingrecord set by Francis Joyon in 2001 by just 1min, 28secs.

Skipper Yves Le Blevec, a Jules Verne record Record #sailingrecord and Mini Transat winner, said : “We had three objectives for this race. Firstly don’t break the boat, secondly don’t arrive behind Prince de Bretagne, and in third it was to arrive in 1st overall across the line. We had those three points but we didn’t think about the fourth point – which was the record, and we missed the record by very little !”

Blevec said they weren’t aware of how close to the record time they were as they neared the finish :

“We didn’t check that before, and when we saw the time we realised it was very close. But it was a very nice race, and on the south of the island there was big waves and windy, very nice conditions.”

The last boat we had expected to cross the finish line this evening was a Westerly Windrush named Stormbird II who has sadly since has announced his retirement from the Race just off Portsmouth. This leaves the last boat home unknown at this point with plenty of yachts still spread out en route to the finish. The deadline for completing the race is set at 2200hrs.

The prizegiving will be held at the Island Sailing Club at 1200hrs tomorrow, Sunday July 1. 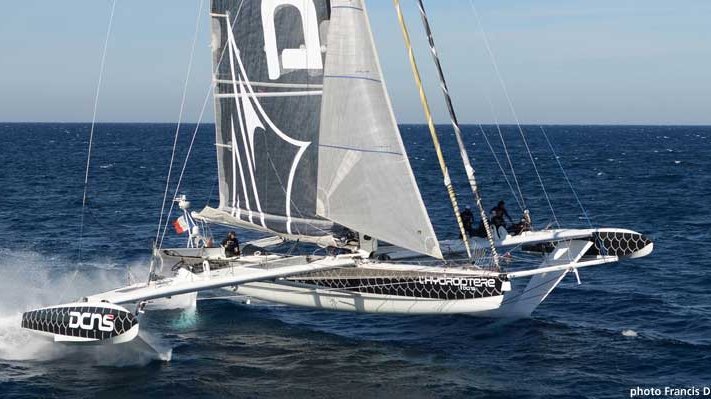 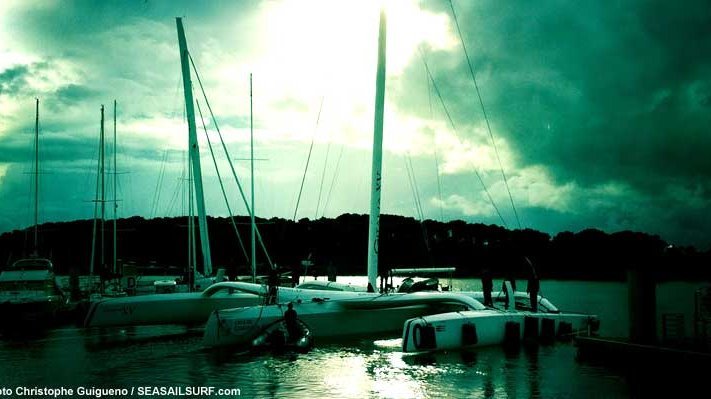 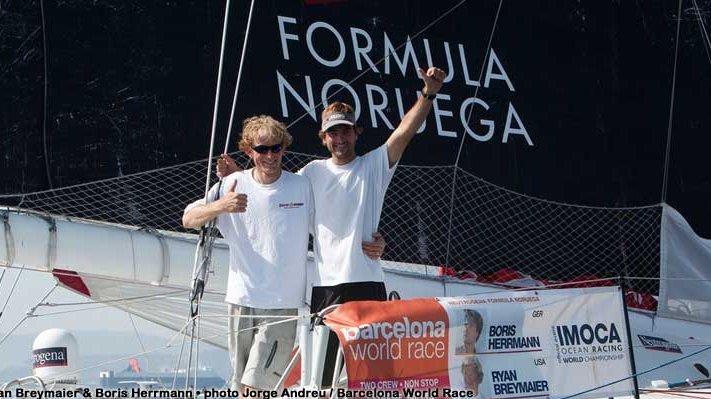 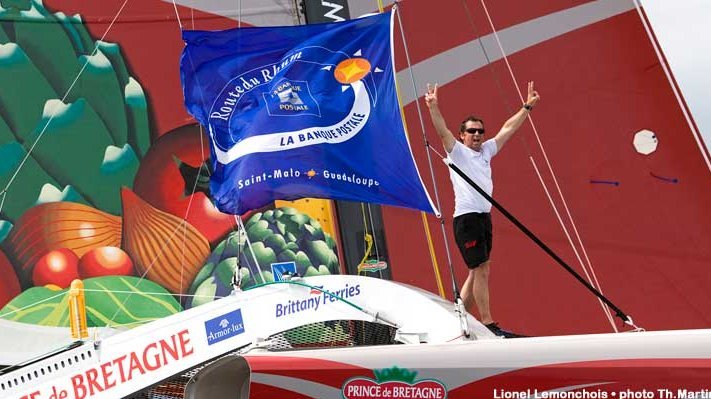