Brian Thompson : "setting the most prestigious record in sailing for the second time, feels absolutely fantastic" 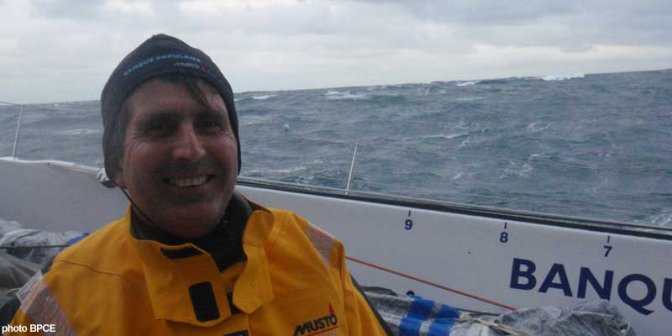 Thompson is part of the crew that has just smashed the world speed record Record #sailingrecord for a lap of the planet on-board a yacht and has simultaneously become the first Briton to circumnavigate the globe non-stop for a fourth time. Skippered by Frenchman Loïck Peyron with a crew of 13, Banque Populaire V, beat the existing record Record #sailingrecord set by Groupama 3 by over two and a half days when they crossed the finish at 22hrs 14 minutes 35 seconds GMT Friday 6th January. The Banque Populaire V crew sailed non-stop around the world in an incredible 45 days 13 hrs 42 minutes and 53 seconds.

Having spent over six weeks at sea, the crew were thrilled to see a flotilla of boats and crowds on the dock ready to welcome them home and are looking forward to celebrating their success with friends and family.

“This has been an incredible trip around the planet, almost a dream ride. And that is because of the quality of the boat, of the preparation and most of all to the incredible crew on board. I am very fortunate to have sailed with Loïck, the best all round multihull sailor there is, and the rest of the team that are so talented, industrious, dedicated, fun and welcoming to an English guy with schoolboy French ! To achieve my dream of finally holding the Trophée Jules Verne, and of setting the most prestigious record in sailing for the second time, feels absolutely fantastic. At the same time, to become the first Briton to sail around the world non-stop 4 times, is just amazing and feels very special”

Despite having just completed an epic voyage, Thompson is already looking to the future as he hopes to be on the start line of the Vendée Globe in November 2012. Commenting on his next goal he said :

“I have so enjoyed sailing round the world on Banque Populaire V, a trip on fast forward. And the whole way around I have been thinking about every detail on how to do another solo lap of the planet - faster, safer and more environmentally efficient than ever before. What better place to test that experience, than in the Vendee Globe Vendee Globe #VG2020 2012 ?”

In addition to the overall speed record, the crew aboard Banque Populaire V have already broken two other world records on this amazing sprint around the globe ; one across the Indian Ocean* and one from equator to equator**. Last year this formidable yacht set two further world speed records ; the first for sailing around Britain and Ireland in June 2011 and the second when the crew were the fastest the classic Fastnet course in August 2011. Although this latest world speed record relates specifically to a yacht, the lap of the planet has actually been completed faster than any other vessel ever, be that under power or sail.

Thompson already has an impressive list of sailing achievements to his name and can now add these accolades to his remarkable collection.

Voyage in brief – Q & A with Brian Thompson

Q : What were the high points of the voyage ?

A : Seeing an iceberg as big as half of the Isle of Wight, seeing a new comet on Christmas Day and sailing with a fantastic team !

A : Losing two days due to weather delays both in the Pacific and North Atlantic and missing Christmas and New Year ashore with family and friends.

Q : How did you celebrate Christmas and New Year then ?

A : Well, as you can imagine, we had a very French Christmas with a special meal Christmas Eve. The guys even made a Christmas pudding for me out of Fuizion energy bars, which was actually not as bad as you might think. We must have been good boys last year as we even had a visit from Santa on Christmas Day.

Q : How did this non-stop lap of the planet differ from the three others you have completed ?

A : The speed of the boat – totally incredible - and the ability it has to both handle rough waters and go fast in light winds too. Sailing in a foreign language with a French team was also a new one for me !

Q : Did you notice any major environmental differences this time around ?

A : There was a distinct lack of birds in North Atlantic compared to rest of the oceans and I am not sure what the reason was for this. Thankfully we did not come across too much rubbish pollution except when passing the coast of South America in Atlantic Ocean, which was sad to see.

Q : Apart from gaining the speed record, what made this voyage a memorable one ?

A : What was memorable was the experience of sailing with a French team. The good humour on-board all of the time ; for sure some gentle ribbing if something went wrong but always respectful of each other. It’s hard to live in such close quarters with people in high stress situations and the team handled it perfectly. All will be better friends at the end than the beginning ! 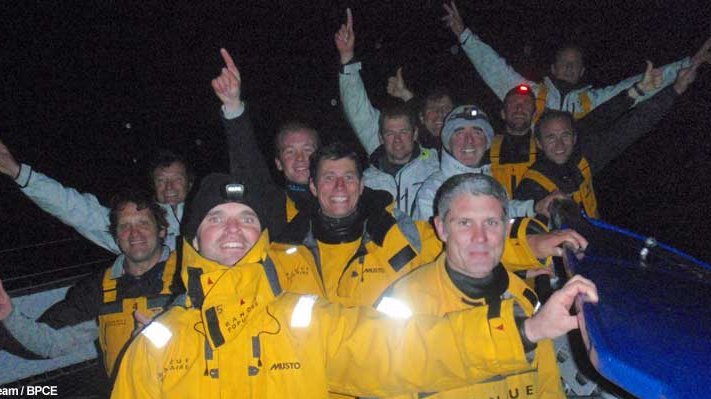 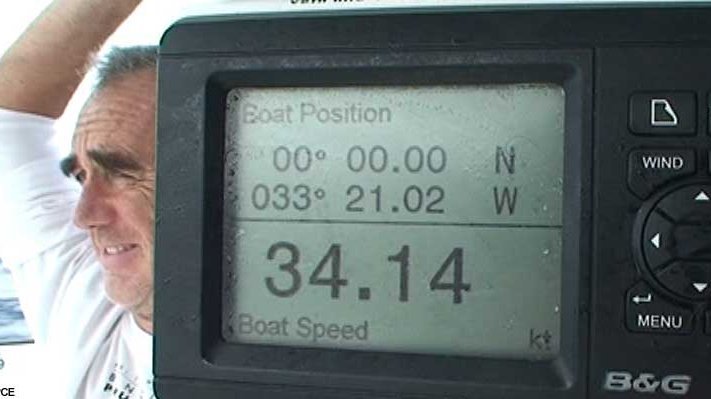 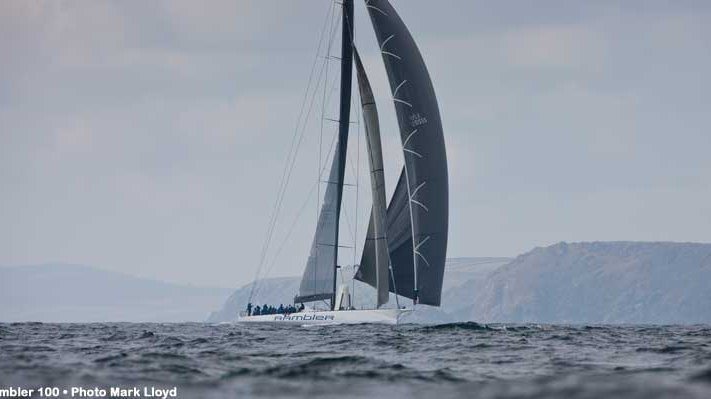 Trimaran Banque Populaire V : Loïck Peyron and crew have broken the Round Britain and Ireland record 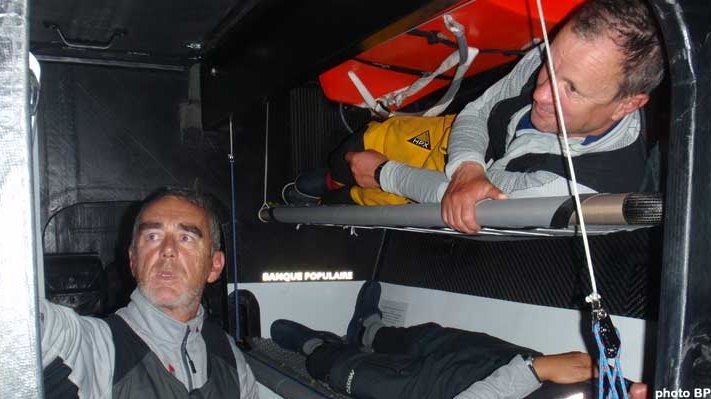