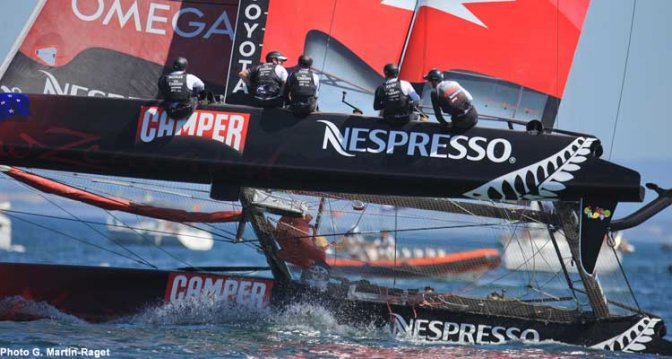 Emirates Team New Zealand made an incredible recovery during the ‘winner takes all’ fleet race on Sunday to win the America’s Cup America's Cup #AmericasCup World Series Cascais, the first event of a new global series leading up to San Francisco in 2013.

With nine boats on the start line, the competition was close, and with a tricky, patchy race course area, there were passing lanes throughout the day. ORACLE Racing Spithill jumped out to a convincing lead early, but couldn’t protect it. On the second lap of the race course, Kiwi skipper Dean Barker found more wind on his side of the race course to make the pass.

“For us it was fantastic,” Barker said. “It was always going to be a very difficult race, as the breeze never really established. There were big ‘holes’ in the race course, so it was about being at the right place at the right time.”

Artemis Racing, too, was able to work its way up to a second place finish from being back in the pack early ; the early leader, ORACLE Racing Spithill, was forced to settle for third.

“The guys did an awesome job to battle us up into the race,” said Artemis Racing skipper Terry Hutchinson, after a day where he climbed back from mid-fleet to second place. “It’s probably the best we’ve gone in the entire regatta. It’s a very good finish for Artemis.”

But the feel-good story came from the Spanish Green Comm Racing. From a position of dead last early in the race, Vasilij Zbogar and his crew of dinghy champions began picking off the opposition on the final leg of the race to earn a fifth place finish, an incredible achievement for the novice crew.

“It’s a fantastic day for the team, we were last to arrive, and were very last for the first three races, then we have been improving every day,” he said. “We were eighth, then seventh, sixth and now fifth. Today the spirit of the team showed more than ever – we never give up. We fight to the end. Today, we are happy with our improvement, but still not happy with the result. We are a team of winners, so we won’t be happy until we win.”

Making its debut along with the AC45 AC45 #AC45 catamaran was the new Guest Racer program – where each team takes a privileged guest aboard its race boat. The list of guest racers this week included VIP guests like Yves Carcelle, the Chairman and CEO of Louis Vuitton, pop singer Little Boots, Cecilia Meireles, the Secretary of State for Tourism in Portugal, along with names more familiar to the sailing world like former Cup winner John Bertrand, Artemis Racing CEO Paul Cayard and team principal Torbjorn Tornqvist, as well as ORACLE Racing founder and principal Larry Ellison, who was aboard ORACLE Racing Spithill today.

“We had a great start but both Artemis and Team New Zealand managed to pass us and that’s what these boats are all about,” Ellison said following the race. “It makes the sailing much more exciting ; it’s not a matter of ‘you win the start, you win the race’. So it’s just what we hoped for when we decided on multihulls for the next America’s Cup America's Cup #AmericasCup … It’s really competitive and that’s what people want to see. They want to see close races and the best sailors in the fastest boats.”

The America’s Cup America's Cup #AmericasCup World Series now moves on to Plymouth, UK, where the same nine teams will compete from September 10-18, before moving to San Diego, California in November. 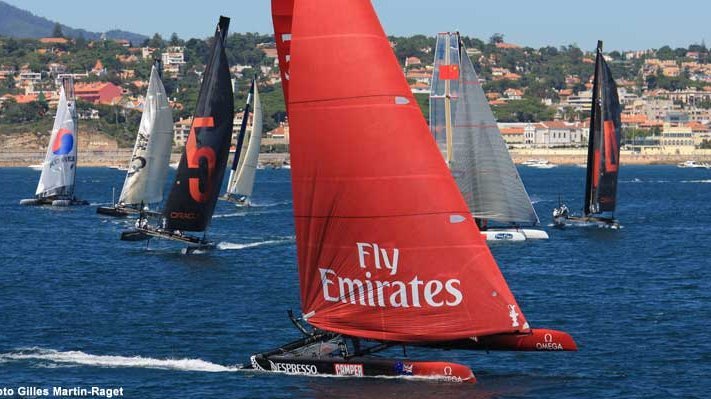 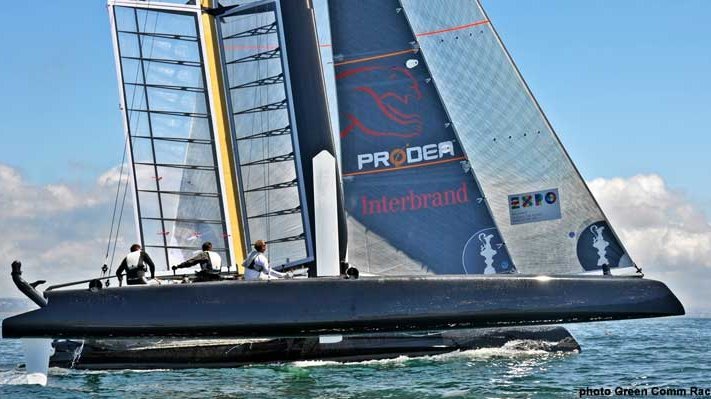 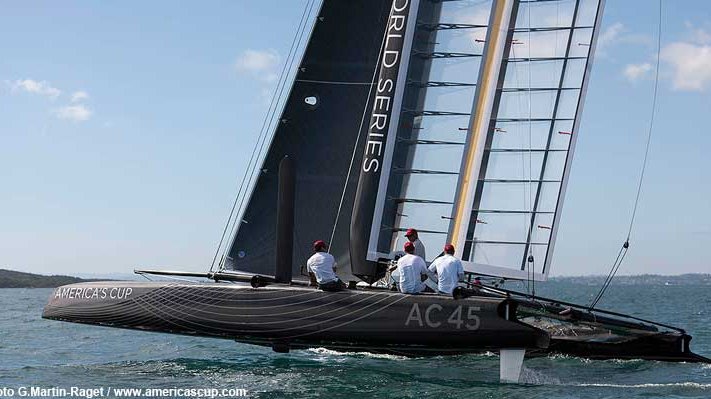 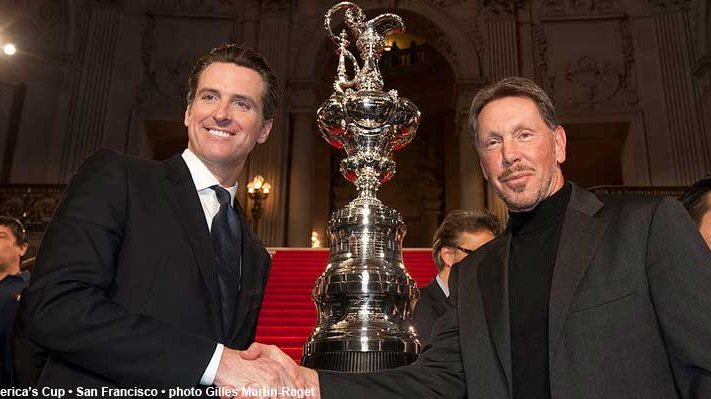