Stan Honey : "It’s an incredible honour as an American to be part of this experience" 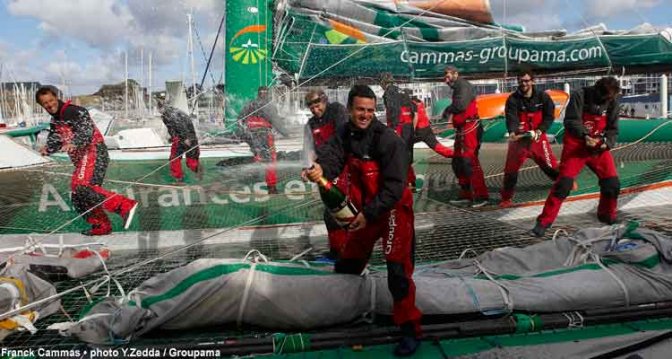 Franck Cammas and his men on Groupama 3 drew alongside under blue skies in the Port du Château this Sunday morning to the applause of an enthusiast local crowd. After having beaten the Jules Verne round the world record Record #sailingrecord in a time of 48d 07h 44’ 52’’, the crew prepared themselves for the barrage of questions in front of the public, the media and their families… Extracts from an emotional and memorable day, coloured by good humour, a true sense of team spirit and mutual respect.

Franck Cammas : “I think we could do a lot better but I’ll let someone else beat our record Record #sailingrecord first as I don’t really see the appeal of battling against myself ! It was a great relief to cross the finish line. We ended up with a great time, certainly better than we could have expected after crossing the equator with a day’s deficit. 48 days was an objective we set ourselves before the start and this proved to be the case even though we didn’t often have conditions that were favourable. In the northern hemisphere we had the right conditions in which to play catch up and end up with a very respectable time. I feel that I’ve put a great deal of energy and time into this project and getting to the end is fantastic. It’s down to the relentless work of a team and a partner who never gave up. It’s superb that it’s culminated in this way. The key to this project has been that when there are failures you have to make use of them and turn them into positive aspects which you can learn from. They all add to the experience, the awareness and reliability of the boat. We’ve proven that today. It was a lot more intense than I’d imagined, but that’s what we like and obviously we’ve had nearly 50 days of extremely strong emotions. We trusted in our boat and in the concept of the trimaran. It was a dream-team with a whole wealth of experiences and talents. Sometimes I had to put my feelings to one side and take onboard the ideas of everyone else. I learnt a vast amount, it was superb. The image which stays with us is the rounding of Cape Horn. We were like kids.”

Stan Honey : “It’s an incredible honour as an American to have been invited to be part of this experience because French multihull sailing is the very pinnacle of world sailing. Added to that French sailing is a closed world in general so to share that has made it a terrific trip. The whole ‘Bar des Sports’ concept of getting together once or twice a week was an interesting and intriguing tradition. I’ve sailed a lot on kiwi boats and they’ve never had that. The French have everything sorted inside the boat too with special places to stow everything and it’s all nice and dry down below too. They sure know how to cook too ! Unfortunately my work involved a great deal of course selection so I can’t say that my French has improved, though I’m sure that the onshore weather router, Sylvain Mondon and Franck have been able to improve their English with me ! We had a great working relationship with Sylvain there every step of the way supporting us and helping us with the decision making. It took a while to get used to how high performance Groupama is because she’s about two generations behind Playstation. I feel lucky to have been part of the dream team. The welcome we had today is something you just don’t see in the US with sailing. Last night was the perfect way to conclude our round the world voyage, on a beam reach making good headway and then the chance to have some quality time together to look back on our trip. As regards the French participation in the Volvo, it’s an interesting innovation to sailing. It will be fun to see what they’re capable of doing and I’m very much looking forward to it as I have a lot of respect for them.

Thomas Coville : “When the boat broke and we stopped off in Cape Town, we could tell that we were a very strong group, capable of getting through any issue in conditions which weren’t necessary evident or easy. There was a real sense of boldness and a real desire to do battle. Stève Ravussin and I really pushed the boat hard during a particularly good session of reaching. We were euphoric… the boat was literally flying and the guys came up on deck to ask us if we were on another planet ! Steve was grinning from ear to ear… and I was elsewhere… It was fabulous !”

Fred Le Peutrec : “This Trophy is a whole mixture of things, a kind of fade in-fade out between what I wanted to experience when I was a boy and the reality ! I still have the feeling that it’s the others that did it, the sensation of being disembodied, the sense that it wasn’t me that was there… It’s an overwhelming emotion, a moment beyond time. I’ve dreamt of it when I’ve seen the other crews set off and return. It’s something concrete and yet elusive. Groupama 3’s course over the past three years has nevertheless been full of pitfalls. Experiencing the Trophy in this way, on a knife edge over the past few days at sea, when we nearly didn’t set off at all…. Is pretty special !”

Lionel Lemonchois : “Arriving back in Brest Brest #brest is always great ! We did the best we could and it went superbly well. We had some very varied conditions and not always favourable ones. Added to that whoever manages to link on nicely from one weather system to another would just fly… though I don’t know if it would be possible. What you need is to be consistent, constantly sail well and have a good boat. This was true of Groupama 3. The crew was superb and that makes things easy : everyone was in their allotted position as was the case with Bruno Peyron. What is essential and motivating is to put together a fine team and Franck Cammas had a perfect cast ! 48 days at sea, with ten men in a confined space, is not a trivial matter. It’s not only the technology it the human relations above all which dictate whether a trip is successful. The boat was really easy : it’s a small 32 metre yacht ! With three of us on deck we could do almost anything. We had some unforgettable moments such as when we had to pick our way along towards Cape Horn at over 40 knots, under stormy skies and eight metre waves… 48 extraordinary hours.” 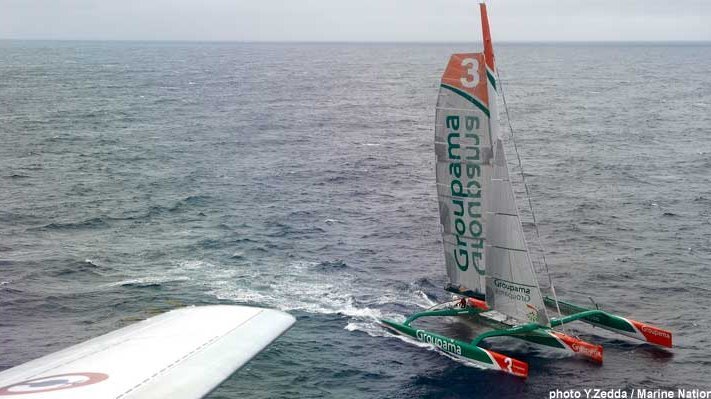 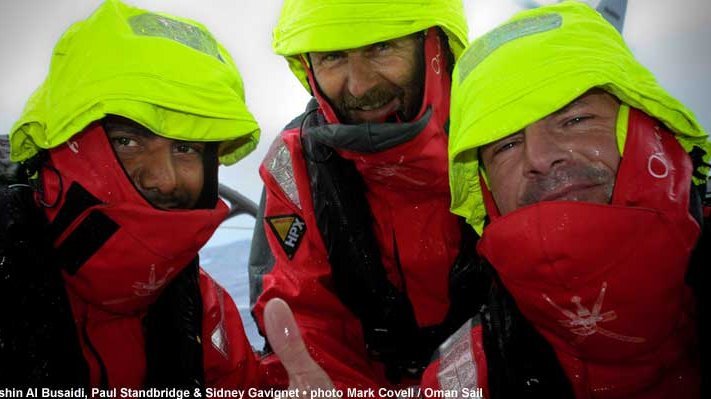 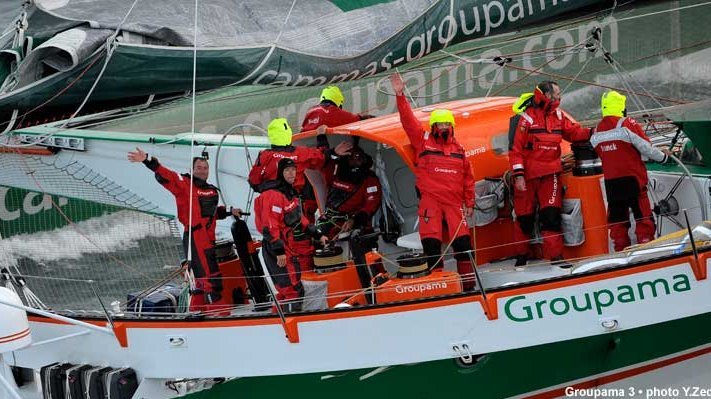 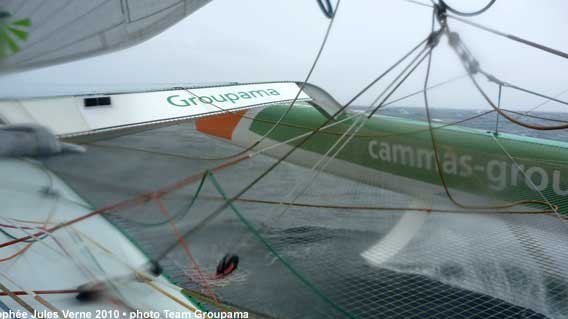