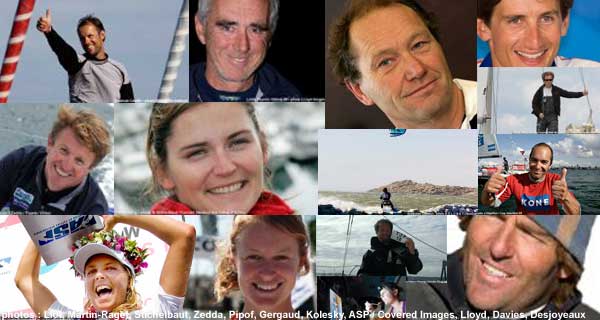 Portugese sailor Francisco Lobato, winner in 2008 of the solo mini 650 Mini 650 #mini650 race Les Sables – The Azores – Les Sables at the helm of a serie division yacht, is the SeaSailSurfer of the year 2008. You vote for him (and mostly the ones coming from his web site). with 341 votes he finishes ahead of Francis Joyon and Samantha Davies. The first « Paperboard Surf Surf #Surf  » goes to Ernesto Bertarelli.

During the month of January, your were a lot to vote for the SeaSailSurfer of the year. This time, you choose the Pogo 2 skipper, Francisco Lobato (www.franciscolobato.com). He followes Pierre-Yves Moreau and Benoît Lequin who won in 2007.

For the first "Paperboard surf Surf #Surf ", you gave the price to Ernesto Bertarelli. May be you think that the responsability of the America’s Cup America's Cup #AmericasCup problems come more from Swiss than from USA (Ellison is only 5).

Second is Maud Fontenoy and her "round the world" race. Third is Figaro sailor Antonio Pedro Da Cruz.

This a list of 20 personalities which illustrated themselves in 2008 in sailing, kitesurfing or surfing. Twelve of them were seen allotting the title of SeaSailSurfer of the month. The eight others established notable performances during this year. It is now up to you to vote (NB now : You can vote 1 time every 15 days and choose 2 names). The results will be announced at the beginning of February.

3 gold medals and 1 silver in 4 olympics

ISAF sailor of the year

Silver medialist in Bejing (board sailing)

Top photographer on the Véndée Globe

First non french sailor at the end of december

5th of the Solitaire du Figaro

Solo round the world record holder

FFV sailor of the year

Who will recieve the « 2008 Paperboard Surf » this year ? To you to choose

For the first time, SeaSailSurfnautes are seen proposing shorts-list of 10 names of personalities of the surfing sports which are to illustrate for an anti performance in 2008. A dismasting or a spectacular crash landing, projects insane or badly understood, one saw of all this year. It is up to you to choose who, in your eyes, deserves this “paperboard surf” this year !

FONTENOY Maud : In February, the skipper of the monohull L’Oreal dismasted as whe was ending her round the world trip against the winds. voir ici.

GALFIONE Jean : With Gilles Favennec, the champion withdrawed in the Transat AG2R after rounding the madeira island in last position. voir ici.

GAUTIER Alain : In march, he gave the helm of this trimaran to Ed Baird while the weather conditions were heavy. It did finished with a spectacular capsize away from Lorient. voir ici.

PEDRO DA CRUZ Antonio : In October, the capverdian skipper has been penalized by the jury in the 5th leg Cap Istanbul. voir ici.

STAMM Bernard : In December, he finished his Vendée Globe on the rocks in the Kerguelen island. voir ici.

VAN David : In January, this American wanted to round the world by single handing a sellf made strange trimaran, the Tin Can. voir ici. 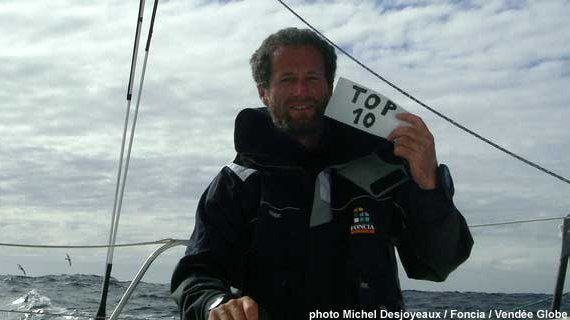