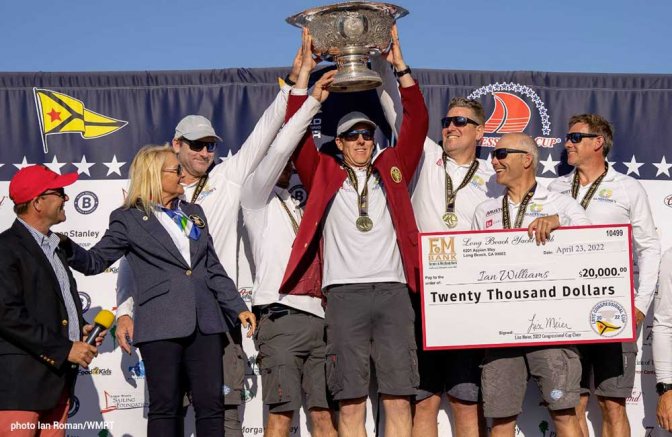 The final stage of the regatta took place beneath sunny skies with moderate breeze that built throughout the afternoon, unlike the previous four days that had seen a brisk westerly sweep through the Congressional Cup Stadium.

In the first-to-three points final, Canfield and crew captured the first match with Williams levelling out the score 1-1 in the second race. In the last downwind leg of the race, Canfield was leading and needing to shake a penalty before reaching the line. Slowing his boat to lure Williams into an error, Canfield went to execute their penalty turn right at the finish line but Williams was able to stay clear and cross the line ahead.

In race 3, the tables turned and it was Williams that found himself needing to shake a penalty which he had been given by the umpires for being too aggressive at the start. Williams left it until the very last minute to clear his penalty by planning his penalty turn at the finish line. Calculating just enough lead to do their turn, it was a photo finish with Williams just able to cross the line ahead of Canfield.

Confident with their 2-1 advantage over Canfield, Williams led his Gladstones Long Beach team to a well-deserved victory in the last race with a five boat length lead over his opponent.

“I wanted to try to be the first to five wins at the Congressional Cup so it feels fantastic now to have matched Taylor [Canfield]” commented Williams. “What a great competitor : to match him is fantastic ; I guess now it’s a race to six !”

Williams applauded his crew adding “We hadn’t been here for three years and I hadn’t match raced for the last 18 months so we had a lot of work to do but we just kept improving every day. I can’t say enough about these guys.”

For Stars+Stripes Team USA, it was a disappointing result, said Canfield. “The team was pushing hard all through the end, but when you’re sailing against a really good team, any mistake is very costly : they are always going to capitalize on it. We were excited to face off in the finals and it’s obviously a disappointing finish, but it just makes us hungry to come back and win some more.”

In the petit final to decide the third and fourth places, a collision between opponents Chris Poole and Johnie Berntsson in the first match gave the advantage to Berntsson for the win : and Poole a penalty of -.75 points, adding a twist to the series.

In this ‘first to two points’ series Poole would need to win three matches, as he was starting with a deficit. With nothing to lose, Poole put the hammer down and won the next two races ; putting the points at Berntsson 1 – Poole 1.25 and necessitating a fourth match. Victory in that duel earned Poole a deserved third place in this 2022 event, moving up from his fourth-place win in Congressional Cup 2021.

“My guys sailed really well, building off of last year,” said Poole. “How we sailed those last few races in the petit final was really the highlight of the week. We went against the best of the world and feel we can hold our head high.”

The prizegiving ceremony on the deck of the impressive Long Beach Yacht Club brought the the 57th edition of the historic Congressional Cup regatta to an end. 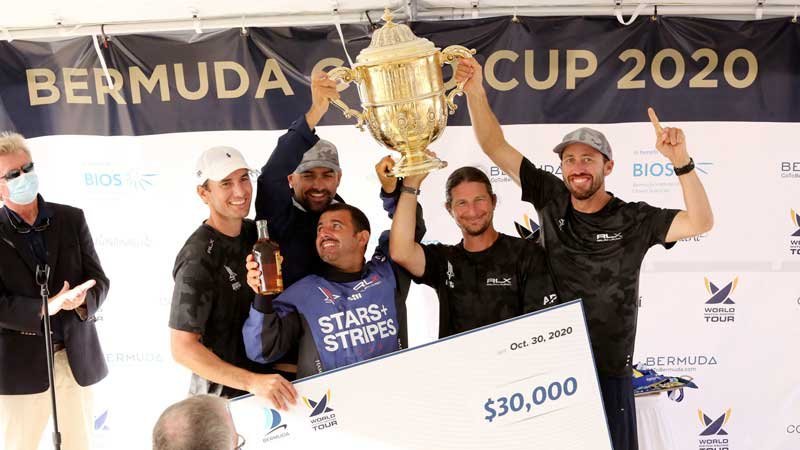 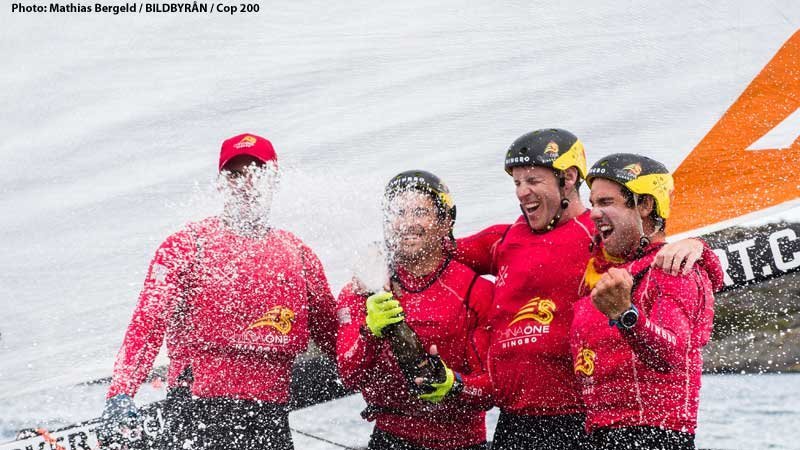 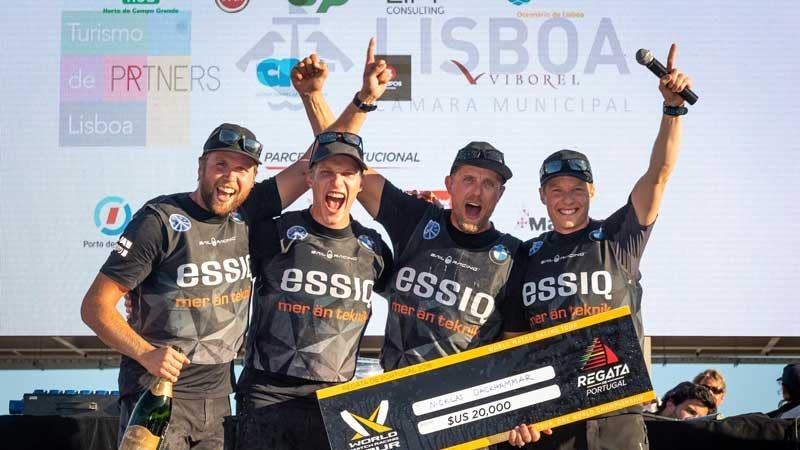 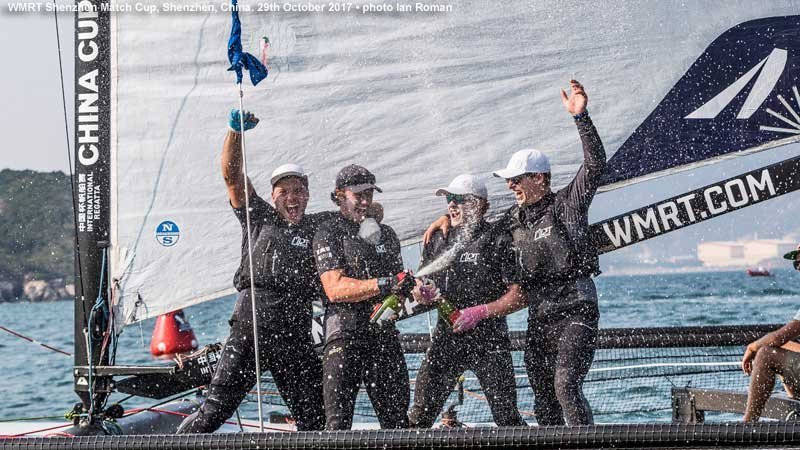