On Sunday 6th November 2016, British yachtsman, Alex Thomson, will embark upon one of the toughest sporting challenges on the planet, the Vendée Globe. A gruelling single-handed, non-stop, unassisted race around the world, the Vendée Globe – the pinnacle event in the Ocean Masters World championship- takes place every four years and pushes sailors to their very limits in the quest for victory.

After finishing in third place in the 2012-2013 Vendée Globe, Thomson will this year seek to make history and become the first British sailor ever to win the iconic race.

Thomson will do so on-board his new IMOCA Imoca #IMOCA 60 racing yacht, HUGO BOSS - a yacht which, after more than two years in the making, was unveiled at the end of 2015.

With just nine months to go until the Vendée Globe begins, Alex Thomson Racing has unveiled the first in a twelve part series, documenting Thomson’s preparations and progress ahead of the race.

#RoadtoVendee will bring viewers closer than ever before to Thomson, not only as a professional yachtsman but as a brand ambassador, husband, father and loyal team member.

Episode one, unveiled today, sets the scene as the Alex Thomson Racing team prepare for the start of the Ocean Masters Vendée Globe. It features a unique insight from the legendary Sir Robin Knox-Johnston and Managing Director of Alex Thomson Racing, Stewart Hosford. In 1969 Sir Robin Knox-Johnston became a hero for being the first man to perform a single-handed, non-stop circumnavigation of the globe.

Volvo Ocean Race 2014-15 : Video : With nine months to go to the start, Team SCA is in full training mode 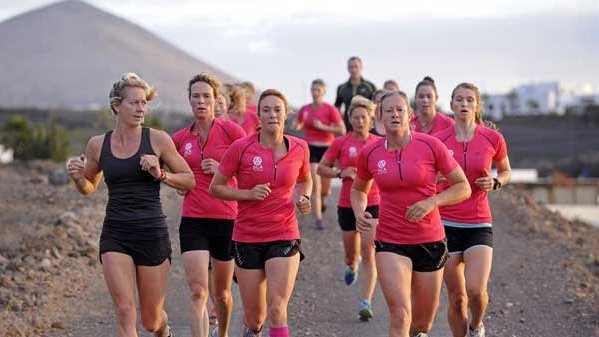