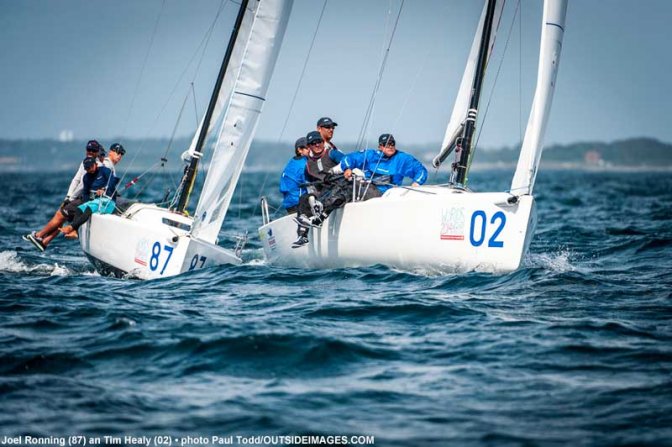 For the final day of the 2014 J/70 World Championship presented by Helly Hansen, the New York Yacht Club Race Committee brought the fleet back out to Rhode Island Sound where three races were run in 8-14 knots of breeze.

Winning the first race of the day was Joel Ronning of Minneapolis on Catapult. Ronning had led the standings for the first two days of the championship but came into the final day 14 points out of first place behind Jamestown’s Tim Healy and his crew on Helly Hansen. With Healy crossing the line in fourth, Ronning was able to chip away at the deficit and, in race two, the margin was further cut to seven points when Ronning finished fourth and Healy finished eighth. However, in the final race, won by Brian Keane of Weston, Mass., on Savasana, Healy crossed the line in second with Ronning back in fourth, earning Healy and the Helly Hansen team the championship title on 28 points to Ronning’s 39. Keane retained third overall with 61 points, while Florida’s Martin Kullman, on New Wave, and Boston’s Heather Gregg-Earl, on MUSE, were tied, respectively for fourth and fifth, on 83 points. Gregg-Earl and the crew on MUSE were also the Corinthian (non-professional) division winners.

“Our caveat is we’re still waiting for protest time to elapse,” explained Healy. “There’s potential that someone could file a protest and we just want to make sure that’s totally wrapped up. It was close enough that we wanted to wait until we could check and then we could celebrate once everything is 100%.”

Except for one day, the conditions over the five days of racing had been strenuous and exhausting.

“It was a fun week,” said Healy. “The nice part is there was wind the whole time ; we enjoyed that, but because there’s wind you have to work hard and at this point everybody is tired but also excited at the same time.”

“The key to doing well is time spent in the boat. From day one when Jeff Johnstone called and said ‘we have the first two boats ready to go, are you interested in doing some sea trials ?’ I jumped on it. As soon as I sailed the boats I knew the class was going to be huge. I think it’s the simplicity of it. Anybody who grew up sailing dinghies or got into small keelboat sailing can go down and look at a J/70 and say ‘I get it.’ They can look at the rig and see that it’s simple, and how the spinnaker works and how the main works, the deck layout is totally simple and clean and it’s easy to handle. The boat performs really well upwind ; downwind it’s exciting and it’s planing. It’s got just about everything for the typical sailor looking for a fast one-design boat that’s easy to sail. And it performs well. The younger sailors can handle it and sail it, same for older sailors and it’s a good fit for women’s teams also.”

The silver fleet was won by Mark Ploch on Sugar Daddy after finishes of 3-1-3 allowed him to edge out Puerto Rico’s Marco Teixidor, on Cachondo, with 113 points versus 121. 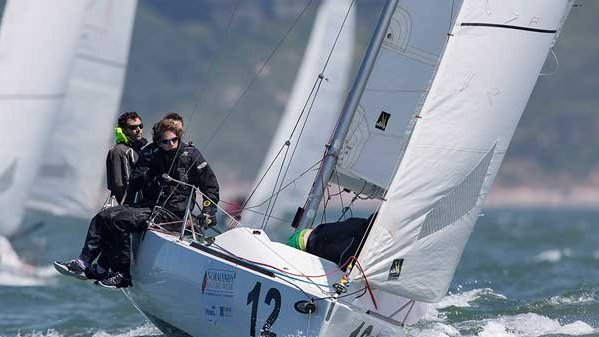 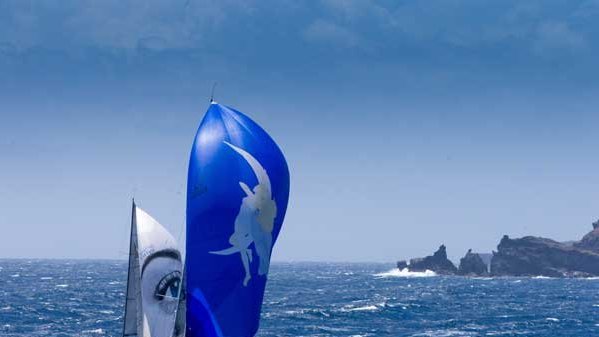 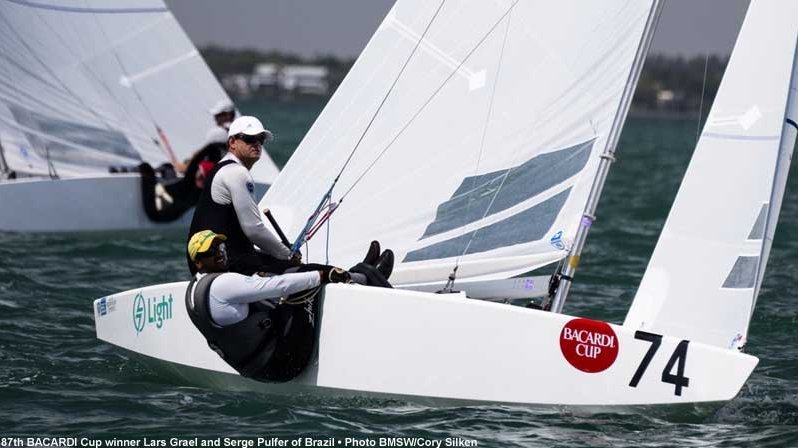