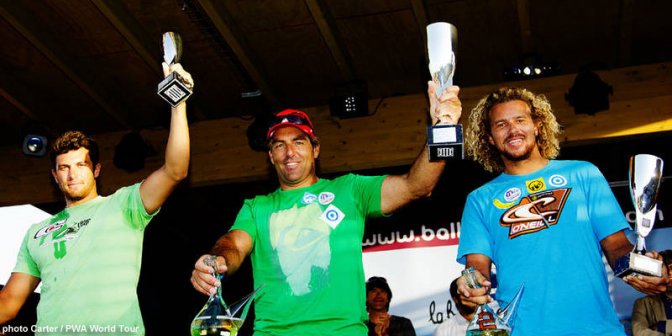 The final day of the PWA Catalunya World Cup witnessed a mammoth final elimination, which took four hours to complete due to the gusty and shifty winds. After a long and largely frustrating afternoon, Antoine Albeau (RRD / NeilPryde), eventually powered to victory in race four and more importantly this clinched the overall event victory for him. The reigning world champion’s first event victory of the year sees him return to the top of the overall rankings too. A grueling day was eventually completed shortly after 7pm to conclude another fantastic event on the beautiful shores of Costa Brava.

Antoine Albeau was able to claim two bullets, as well as a third and a fourth to cement his place as the King of Costa Brava. The reigning world champion became the first man to stop his arch nemesis - Bjorn Dunkerbeck (Starboard / Severne / Dunkerbeck Eyewear / Chris Benz) - from claiming the title for the first time in three years. Albeau demonstrated his perfectly timed starts time and time again, along with a phenomenal top speed Speed #speedsailing to blow the competition out of the water.

Words from the winner: “I’d like to thank all the organizers - thanks Panxo - because you did a great job again to organize this wonderful event. Thanks also to the owner’s of the campsite as we stay here, and this really is a beautiful, beautiful place to windsurf Windsurf #Windsurf , and it is perfect for holidays too. I’m also really happy to see new blood on the podium [Julien Quentel and Matteo Iachino], it’s really nice and I think I’m going to have a big battle with Julien this year. And thanks to everyone because today was really hard. Thanks to Juan Aragon and his team, I think they did a really good job re-adjusting the course so quickly and see you next year!” 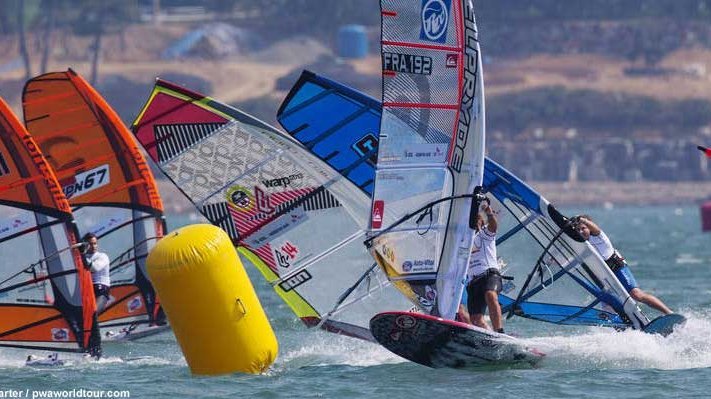 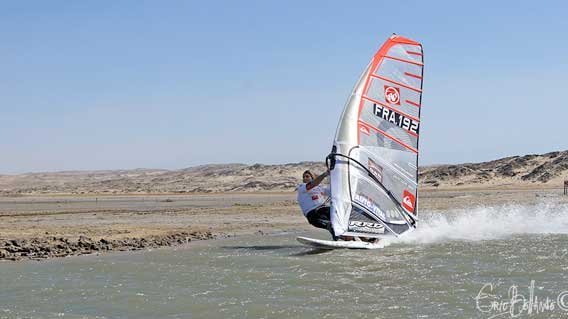 Jeux Olympiques : ISAF decides to reintroduce windsurf in place of kitesurf for Rio 2016 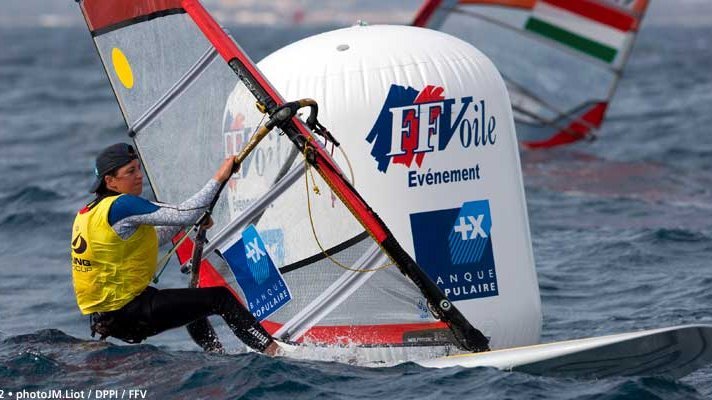