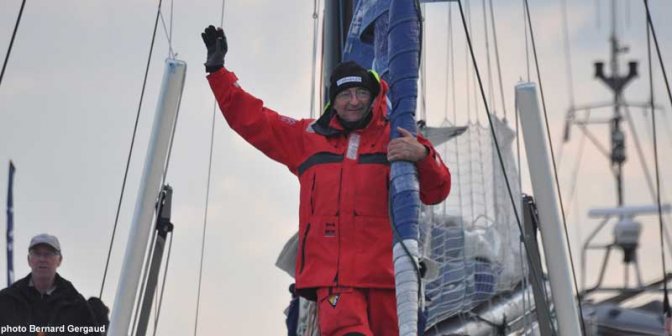 Dominique Wavre crossed the finish line of the Vendée Globe at 15 :16 :42hrs (UTC). He takes seventh place in the race behind Mike Golding. His elapsed time is 90 days 3hours 14minutes 42 seconds. His average speed on the course is 11.3 knots. He has sailed 27,395.82 miles on the water at an average speed of 12.7 knots. Reminder : the theoretical distance of the route is 24,394 miles.

Finishing his third Vendée Globe from four starts, at 57 years old Dominique Wavre completes his tenth round the world passage. It is an impressive record Record #sailingrecord for a dedicated, passionate Swiss sailor who has shown once again that he can compete at the very top level, still maintaining his impeccable high standards and a positive zest for life which has been apparent through his whole race. Dominique Wavre’s project revolves around his family, enjoying the help and support of his partner Michèle Paret and daughter Magali. Michele has been his co-skipper in the two Barcelona World Races while Magali looks after the logistics. Based in La Rochelle, Wavre’s campaigns are meticulously prepared and, like his contemporaries Jean Le Cam and Mike Golding, he preferred to do his training miles on his own rather than pair up with any sparring partners.

Since just after the start Wavre has had to accept that he would not match the latest generation prototypes, but instead to focus on the fight against Le Cam and Golding. For this trio the leaders slid inexorably away and but they had a great fight amongst themselves, a group which had complete respect for one another which collectively had more circumnavigations under their belt than the aggregate off all those in front of them. The weather systems proved more generous to the boats ahead, especially in the transition from the South Atlantic to the Indian where the leaders jumped on a front whilst the ‘three uncles’ struggled with more moderate winds as a high pressure ridged down to hold them. But Dominique is in a hunting pack with Golding and Jean Le Cam.

And the three enjoy a great, sustained battle until south of Tasmania where Jean Le Cam slips away, just holding the edge of a low pressure system. But not before Le Cam and Wavre sail within a few metres of each other. Both film each other in a moving encounter deep in the south.

His tenth Cape Horn is hard earned. In previous races he had enjoyed the freedom to roam the deep south, almost at will. But whilst he has appreciated the safety afforded by the ice and safety gates he misses the days of old in the south when he relished the challenges they brought. He cherished the right to enjoy the wilderness and accept what it brought, good and bad. Adding to his pique this time has been the constricting, funnel effects of the ice gates more often than not seemed to coincide with high pressure ridges which trapped or slowed Wavre. But to end the purgatory of the south Dominique Wavre passed Cape Horn for the tenth time, celebrated and shared the experience accordingly. From Cape Horn up the Atlantic, Wavre has done the climb often enough to know what the weather systems can present, but he admits he cannot remember a South Atlantic as unsatisfying or challenging. The winds are inconsistent, don’t match the weather files, and at times there were boat breaking seas, but the Swiss skipper takes the medicine and rarely flinches, along with Le Cam, Mike Golding, Javier Sanso and Arnaud Boissières. As they struggle with lighter upwind and a bubble of high pressure after Cape Horn, Golding and Le Cam escape and open distance. But finishing seventh, Wavre is fully appreciative of the whole experience. Finishing his third Vendée Globe from his four starts, who would bet against Wavre being back again in four years time ? 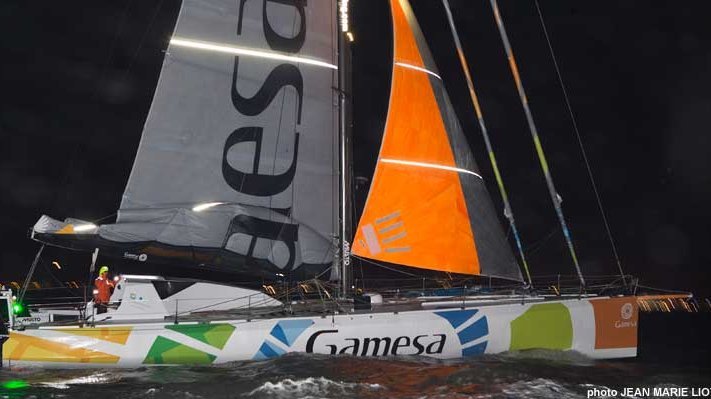 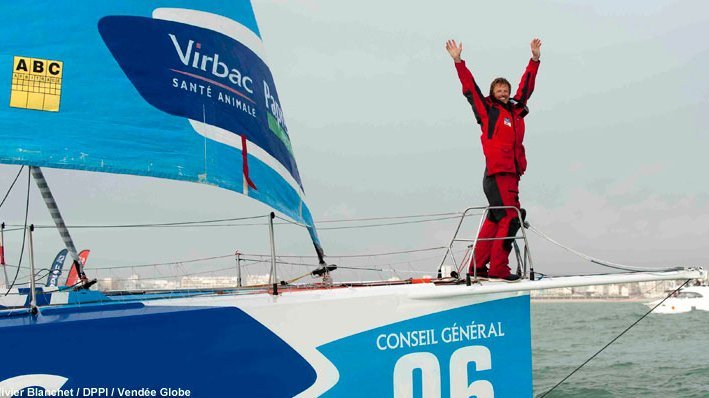 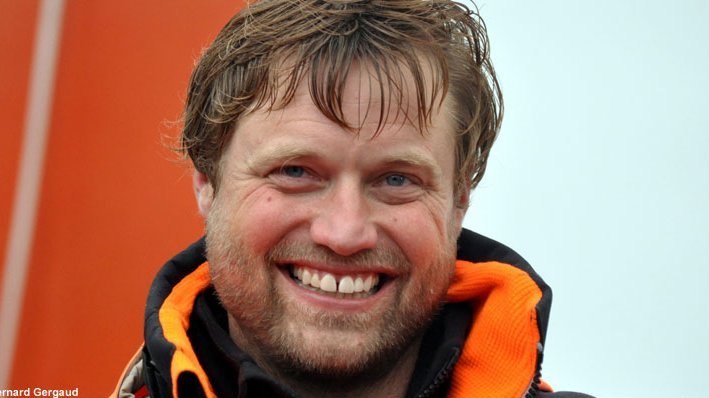