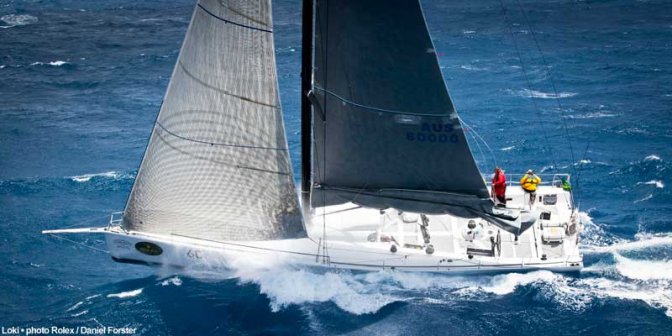 This morning at 8.40am Stephen Ainsworth’s Loki was declared the overall winner of the Cruising Yacht Club of Australia’s Rolex Sydney Hobart Yacht Race, the race he has been trying to win for 12 years finally coming to fruition on his 14th try.

Ainsworth, who will hold the historic Tattersall’s Cup for the first time today, has had an amazing run with his Reichel/Pugh 63, Loki, culminating in the businessman being announced Ocean Racer of the Year (co-won with Geoff Boettcher, the 2010 Rolex Sydney Hobart winner). Loki’s navigator, Michael Bellingham, was crowned the Ocean Racing Navigator of the Year.

Loki’s stunning performances have included record Record #sailingrecord -breaking trebles in the 2009 Sydney Offshore Newcastle Yacht Race and the 2010 Flinders Islet Race. Ainsworth and the yacht also sailed to a record Record #sailingrecord -breaking line honours victory in the 2009 Cabbage Tree Island Race, although it was broken again by Wild Oats XI in 2010.

In 2010, Ainsworth’s super boat won the 2010 Audi Sydney Gold Coast Yacht Race and was crowned 2010 Audi IRC Australian champion to finish that year on a high note, with a final win at Hamilton Island.

The CYCA member was also crowned the 2010-2011 Blue Water Point Score champion after winning four of the seven-race series.

In September this year, Ainsworth added the Bird Island Race trifecta to his string of successes, breaking the 15 year-old record held by Brindabella.

Earlier this year, the Sydney yachtsman admitted that while he has enjoyed and felt fortunate in all of his wins and records, the one that had eluded him for 12 years was the 628-nautical mile Rolex Sydney Hobart. While the number 13 may be unlucky for some, for the affable Ainsworth, it proved to be a lucky number.

Roger Hickman and his crew of six men and six women watched their chances slide by early this morning after the wind shut down overnight, leaving Wild Rose stranded north-east of Tasman Island and 44 nautical miles from the finish line this morning – too far away to make the 8.12 am deadline to win the race. She is now due to finish this afternoon.

Rolex Sydney Hobart Yacht Race : Anthony Bell : "It is an against-the-odds victory for us" 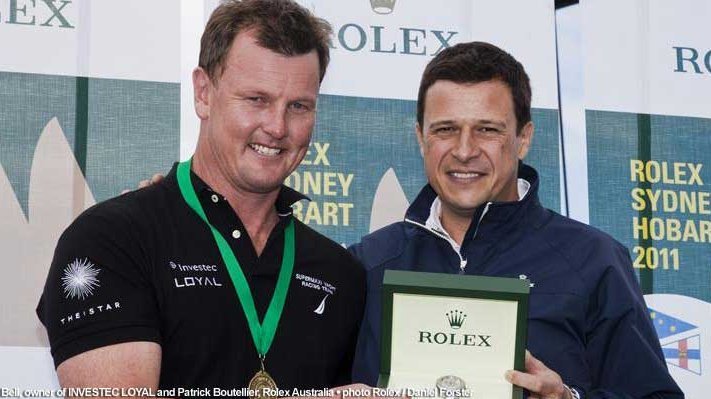 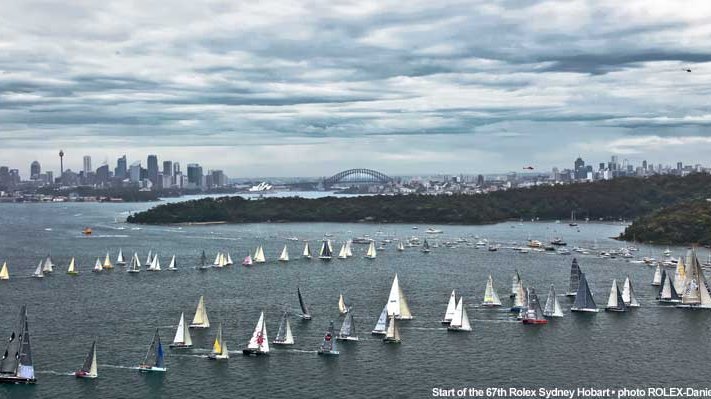 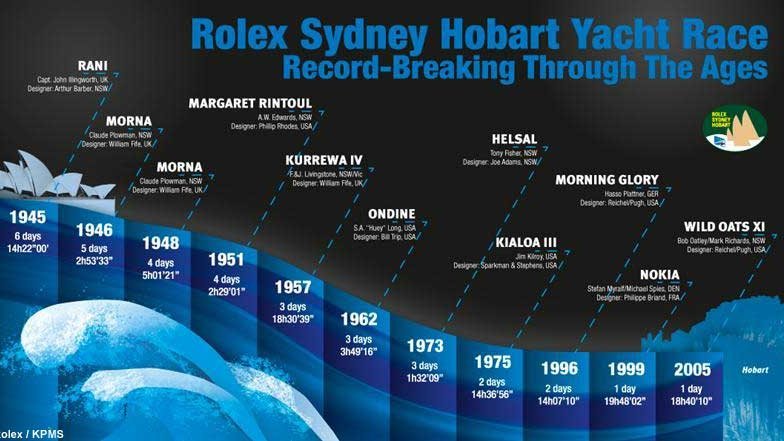