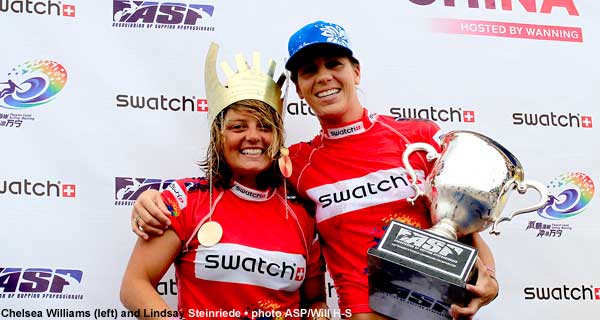 Chelsea Williams (AUS) was without a doubt the standout performer of the SWATCH Girls Pro China, so it was only fitting to see her crowned the winner. Williams defeated Kelia Moniz (HAW) in an action packed Final with the conditions turning on for the 2 best surfers of the day. Both surfers notched big scores, but it was Williams who continued her dominating run to claim her maiden ASP Women’s World Longboard Longboard #Longboard Tour win.

"I’m so happy to win the first ASP event in China," Williams said. "It feels amazing to be here and surf Surf #Surf against everyone, they were all surfing really well. Fortunately for me it was on a left-hander which rarely ever happens, so I was just stoked to show what I can do on my forehand. I think this has been a longtime coming, I’ve come close to winning so many times so it feel amazing to finally win one."

Despite losing in the Quarterfinals to eventual event winner Chelsea Williams (AUS), Steinriede had amassed enough points to take the crown after winning the first event on the ASP Women’s World Longboard Longboard #Longboard Tour in France and coming 5th here in China.

"I feel awesome !" Steinriede said. "I knew I didn’t have control of the outcome so I was just letting it happen, and it just went my way so I’m really happy. One of the first things I came in and said to my husband after I lost was that I’ve had a lot worse things happen to me, I was just trying to stay positive. To be able to still be in the Title race was awesome and to actually win it, well it’s just sinking in and I think I’m going to cry."

Steinriede surfed fantastic all event, putting her full repertoire and smooth style on display for the Chinese crowds on the beach, but couldn’t get past the standout surfer of the event Chelsea Williams. Steinriede won the ASP Women’s World Longboard Title when the last contender standing, Kassia Meador (USA) lost to young Hawaiian Kelia Moniz (HAW) in the Semifinals. 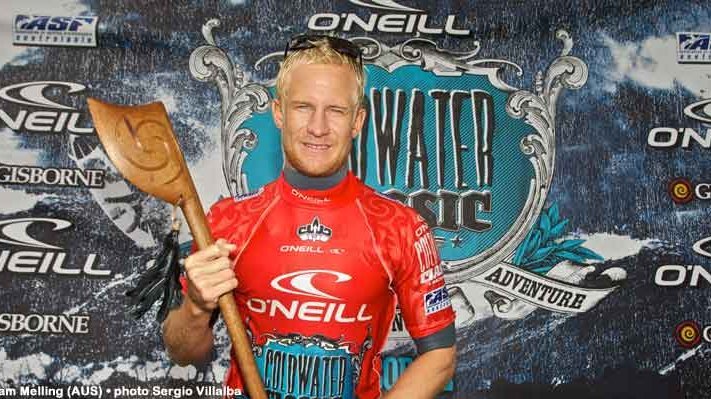 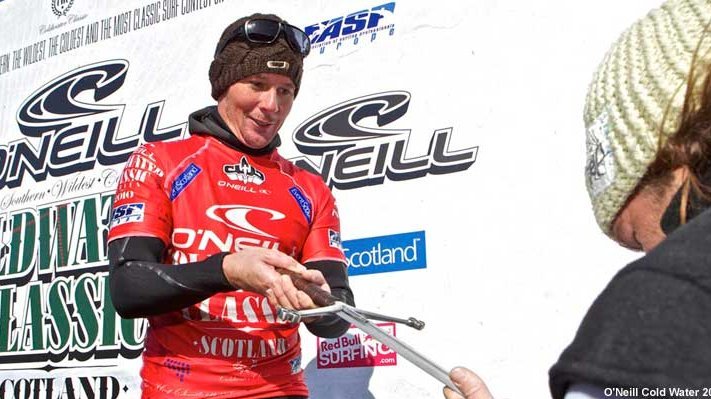 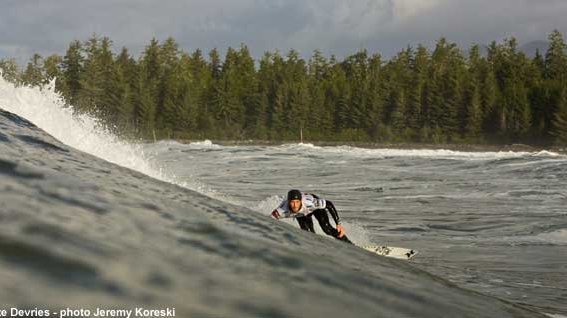