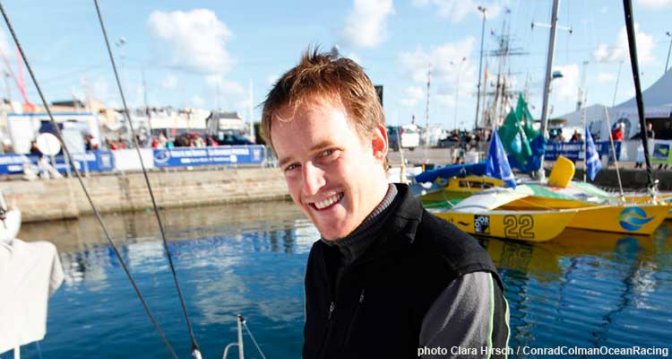 Conrad Colman is on a solo course in every sense. From a nation where the currency of sailing success is Olympic medals, Whitbread/Volvo wins, America’s Cup America's Cup #AmericasCup triumphs, Colman, 26, is pushing ever further into the world of solo and short handed ocean racing.

Although he did an Economics degree in the USA, and as a semi-pro racer formed and sold his own high-tech mountain-bike design-and-build company, as a third generation sailor – his grandfather built boats - for the moment he is following the dreams he shares with his late father who sailed solo from his native America, settling in New Zealand.

When Conrad was only an infant his father died in a sailing accident, falling from the rig. As one of the youngest skippers in the 45 boat Class 40 fleet with the chartered Owen-Clarke 40 Degrees, Colman is following the same determined dream with the support of his mother and his family. Taking a large loan to fund his participation in this race, he feels he is investing in a future where the stakes are high and there is no such thing as certainty. Ahead, he hopes to compete in the Global Ocean Race with American co-skipper Ryan Finn, before graduating to the pinnacle event, the Vendée Globe.

Colman has learned all the right lessons so far. Some have been the hard way, more recently he has been following the more conventional pathway through the Mini into the Class 40, even if his participation in this race came slightly unexpectedly when owner 40 Degrees owner Peter Harding offered him the boat for the race.

With an initial aim of competing in the 2009 OSTAR, Colman invested his savings and monies from the bike company into a 9 metre catamaran which he attempted to sail from Monaco back to Britain where he had based himself. But his craft proved a less than reliable prospect when he broke the daggerboards, broke a shroud, the engine fell off the back of the boat, and was marooned in the middle of the Mediterranean after basically all of the sails blew out.

Lesson learned, he took to the Mini circuit with true grit mini skipper passion. To save on his meagre funds he lived through the winter on the boat in Pornichet, sailing whenever he could. With no car or transport he sailed everywhere he needed to, including at least three trips back to Cowes where for 18 months he studied and worked as a sailmaker and sailing instructor.

For the last couple of years he has been based solely in France, most recently in Lorient Lorient L’actualité du port de Lorient et de sa région. where he has teamed up with German IMOCA Imoca #IMOCA co-skipper Boris Hermann.

Colman helped out Steve White in his headlong rush to be ready for the Vendée Globe start in autumn 2008 and admits some of White’s approach including his tenacity and drive to get a last minute project to the start line and leveraging himself financially to go racing, with the hope of recouping his loans when he can land future sponsorship.

“In many ways it makes more sense to try and find more money to be in this class which is a more valid platform than the Mini because from a marketing perspective the Mini is a very difficult platform to continue with. I borrowed some money to launch this programme and I found that Peter Harding had this boat and was not using it. I spoke to him in the middle of July to ask about chartering at the end of the year and he suggested I take if for the Route du Rhum. At which point my head exploded and this adventure began.” Explains Colman,

“ I have technical sponsors, Bainbridge, Gill clothing and Gillette, and hopefully Gillette will come through in the future, but it is a bit agonising really, taking a big punt. And it is pretty difficult. Hopefully I can leverage the exposure from this race to help me find a sponsor for the future. I want to do a good result on the water and deliver a good communication Communication #Communication strategy for the next time. But, yes, there is a fair bit of pressure. In some ways I have mirrored Steve a lot closer than I would have liked to.”

Colman, compared with his rivals, is very light on miles with his chartered boat. He has completed his 2000 miles qualifier in the area off Cape Finisterre and has done many training days solo and two handed, but has only had the boat for a couple of months.

Relative to the Mini this boat is much more stable and easier to sail fast, and so the jump is not what I expected. But certainly I am very aware that I have a lot less miles than my rivals. But then I have a lot riding on this race and there will be few people who want to do well more than I do.”

“I am young and hungry and that helps. I have been studying weather at a relatively high level since I was young because of the sailor and aviators in our family, I was a weather geek since I was teenager. And the boat is very similar to the previous one and I am prepared to push really hard.”

“I got into this I think because of the masochist in me. When I was racing mountain bikes it was about stamina, getting on for 24 hour non stop rides, or until you fell off because you were so tired, whichever came first, noon-to-noon.”

“I lived through the dangers of solo sailing from my childhood. My father was up the rig and fell. That is with me all the time, even when I unabashedly talk about how exciting and dangers of solo racing, it is never far from my mind. But it does not affect me or the way I approach my sailing. I did a degree in economics and so maybe I was trying to have a safe and boring life but here we are. It did not work out. It means I clip on, but I have never changed the way I sail. “ 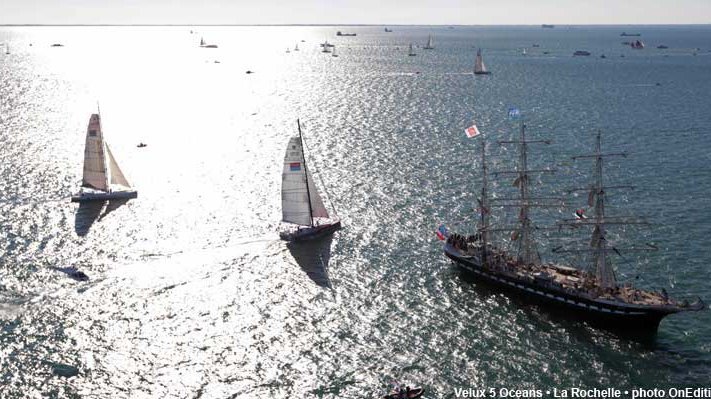 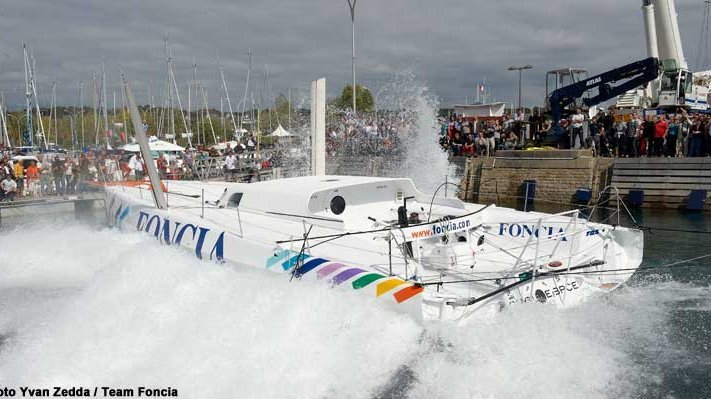 ‘Westabout’ Solo Circumnavigation : Steve White to sail a VO70 solo around the world 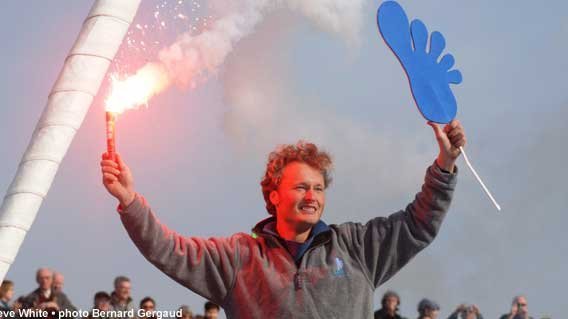 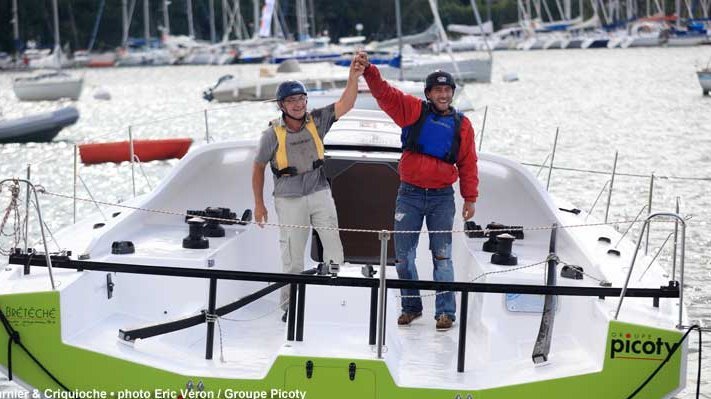