Brit skippers finishes ahead of Yann Guichard and Mike Golding 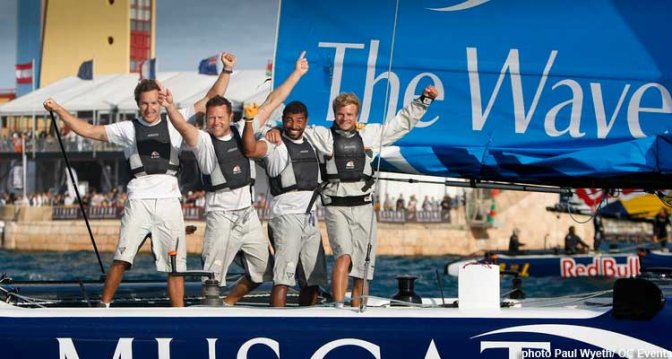 The racing was action-packed – including a near capsize for Dean Barker and the crew of Team Emirates New Zealand - right up until the last double-points race which, ultimately, decided the victor. Breezy conditions saw the eight boats blast round the tight stadium set inside the port of Almeria in front of the public. It was a spectacular finale that attracted over 38,000 spectators over the four days. The five-event circuit began in May touring Sète (France), Cowes (UK), Kiel (Germany), Trapani (Sicily) and, finally, Almeria (Spain). Paul Campbell-James, the youngest skipper on the circuit at just 27 years old, won the Cowes and Trapani events, and their win here secured them the 2010 Extreme Sailing Series Extreme Sailing Series #extremesailing ™ overall title : “I can’t believe it but we’ve won ! It’s fantastic, it hasn’t quite sunk in yet but I couldn’t be happier. I was feeling the nerves but we started well and sailed fast.”

For Yann Guichard and the crew of Groupe Edmond de Rothschild it was disappointment for the second year in a row. The French team finished second place overall in 2009 and started the 2010 season as favourites. Victories in Sète and Kiel confirmed their competence and determination : “Of course the objective was to win so we’re a bit disappointed,” said Guichard back on the dockside. “Yet we had a great season with two event wins. I’m really happy with my team and I’m looking forward to next year, to finally win this Extreme 40 circuit. It was a really difficult day today, I had a tough time on the starts and even though we managed to position the boat favourably, we struggled to make the most of these opportunities. Hats off to The Wave, Muscat, they sailed very well throughout the season, they took a lot of risks and it paid off. Bravo to them !”

Paul Campbell paid tribute to his crew that included Nick Hutton, Alastair Richardson and Khamis Alanbouri who becomes the first Omani sailor in the country’s history to stand on the podium of a top international sailing event : “The lads were all over the boat handling today and it was a hard day boat handling-wise today. We basically dominated the starboard end of the start line all day and they didn’t really have a reply to that. In Sète we were amazed we could get on the podium ; in Cowes we won and then it was actually like, we could win this ; then in Kiel we crashed a lot and Trapani again we won, so we came here with confidence,” said Campbell-James. But they had to put up a fight to wrest control from the strong performance of Groupe Edmond de Rothschild : “Even two days ago we were 11 points behind and it was looking doubtful that we could have a comeback, so it’s happy days !”

Mike Golding’s Ecover Sailing Team were still in with a shout for the event title at the start of the day, but soon found themselves fighting to keep third place from Loick Peyron’s Oman Sail Masirah. The British team was struggling and a penalty in the fourth race of the day, didn’t help. But a victory in the final double points race was just enough to secure third place in Almeria and third place overall : “We’re ecstatic, really ecstatic,” said Golding. “We were all getting a little bit edgy on the boat but we pulled it back when it really counted on that last double point race so it’s a fantastic feeling. I have always known this team has potential and I knew we could do well in this series and that a podium finish was possible. But, obviously, it’s a big change with a new crew particularly Leigh (MacMillan) who has done a fantastic job. Will (Howden), Boycy (Jonathan Taylor) and Andrew (McLean) have all pulled 100% so I’m absolutely delighted.”

Franck Cammas, skipper Groupama 40, went into the final day with a good points buffer ahead of Roman Hagara’s Red Bull Extreme Sailing and a first, second and third place out of the eight races helped shore up his position to claim 5th place in Almeria and in the overall series. The local team of Rumbo Almeria, skippered by Guillermo Altadill, delighted the home crowd finishing in 6th place ; whilst Dean Barker’s Team New Zealand completed the event leaderboard. 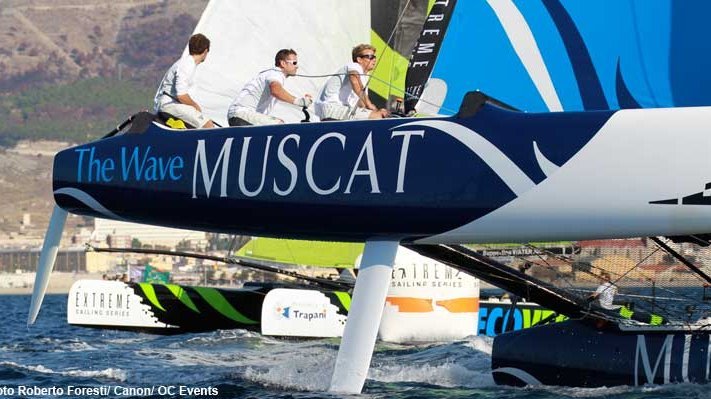 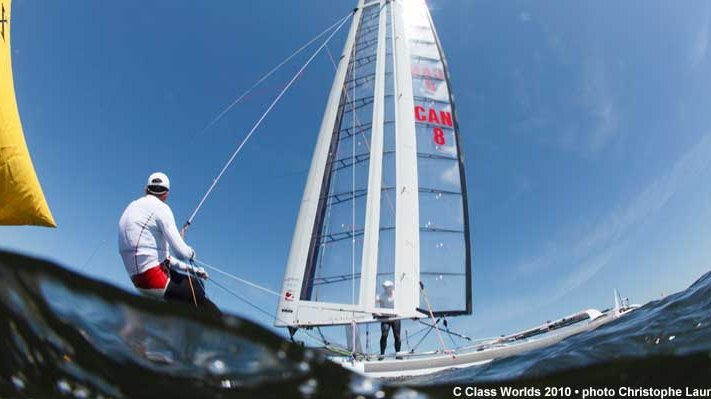 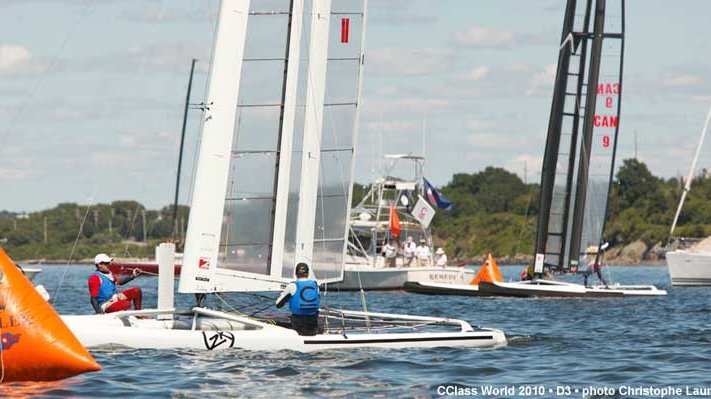 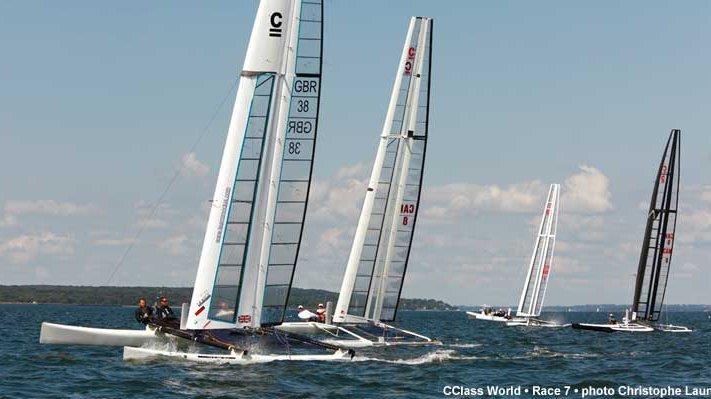