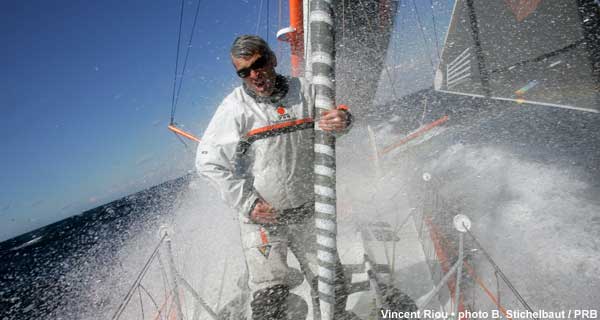 Vincent Riou reported hitting a large sea mammal at 3:00 AM this morning, but his initial assessment was that the damage remained superficial... The skipper realised this afternoon that one of his keel pins was missing, and that the appendage was only held by the ram used to cant it. With an approaching storm, Vincent Riou has decided to abandon ship and has requested assistance. Loick Peyron onboard Gitana Eighty has been directed towards PRB by the Race Direction team, and took Vincent Riou aboard at 17:25 GMT.

Safe and sound aboard Gitana Eighty, Vincent Riou gave us an account of the events which led to his presence aboard Loick Peyron’s boat... now in the lead.

Joined this evening at 19h05 BST (18h05 GMT) by satellite phone, Vincent Riou onboard Gitana Eighty - following his rescue by Loick Peyron - came back on the events which led to his retirement.

"Last night at around 3:00 GMT, reaching rather fast, between 15 and 18 knots, I felt a shock which didn’t worry me too much since it was violent but ’soft’ - I didn’t hear any carbon crack. I’m sure it was a shark, and actually I think I cut it in two since I saw two portions emerge at the back of the boat. I assessed the possible damage, and only saw a minor problem on the fairing of the keel box, nothing serious but anyway I slowed down a bit. I took advantage of the ridge we crossed today to stop and get a better look, and that’s when I discovered one of the keel pins was missing. The keel was being held in place because it was canted and somehow stuck, but I didn’t really want to face the gale expected for tomorrow on a boat whose keel could fall off at any time. I decided to contact Race Direction, and they called Loick to ask him to head towards my position (Ed note - Vincent asked for assistance at 15:00 GMT). Gitana Eighty was only 15 miles from me, I prepared the boat before leaving it. I filled the ballast tanks*, stacked the sails down below to lower the centre of gravity, activated the beacons and got ready. I took that decision quickly, knowing that the weather allowed for a safe operation. I inflated the raft, secured it to PRB and boarded it, then Loick made an approach and I climbed aboard Gitana Eighty. I don’t really know what to say, it’s like my arms just fell off (...) Now all I can do is make some phone calls to organise the salvage of the boat, which should be done in 2 or 3 days."

Loick Peyron: "I headed towards PRB when I was diverted by the Race Direction team, and when I arrived on the zone I approached under mainsail alone. Now this singlehanded transat is taking a peculiar turn aboard Gitana Eighty, but of course Vincent is not allowed to participate in any manoeuvre! The jury will have to decide how long the whole operation lasted, now my focus is to get back into the race"

* Lowering the centre of gravity ensures that even if the keel falls off, the boat will remain upright. 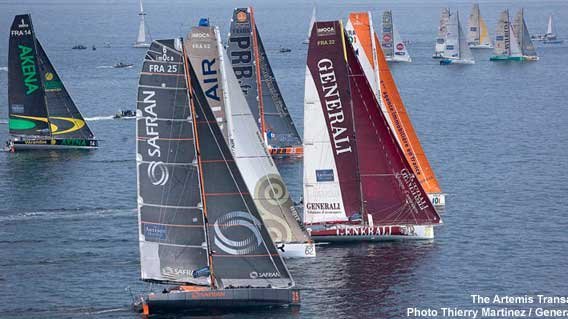 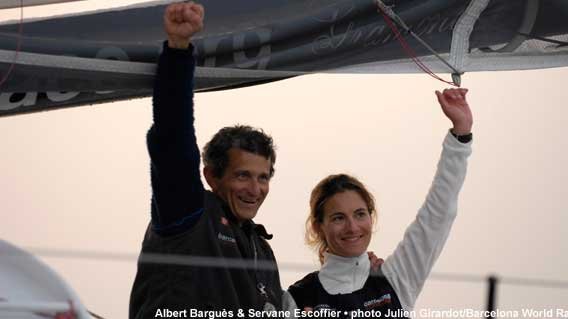