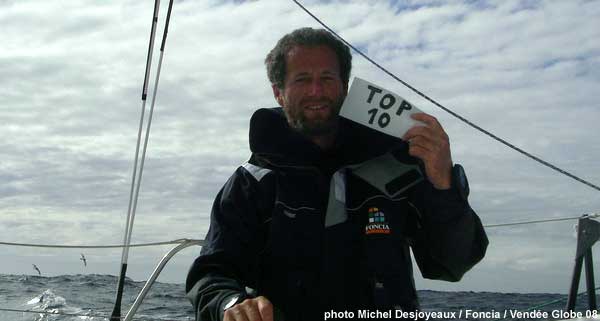 New speed sailing record holder with 49.09 knots. On march 5th, the french funboarder realised the best speed over 500 meters. In Les Saintes Maries de la Mer, in the South of France, Albeau was close to beark the 50 knots barrier. So close with 49.09 knots… 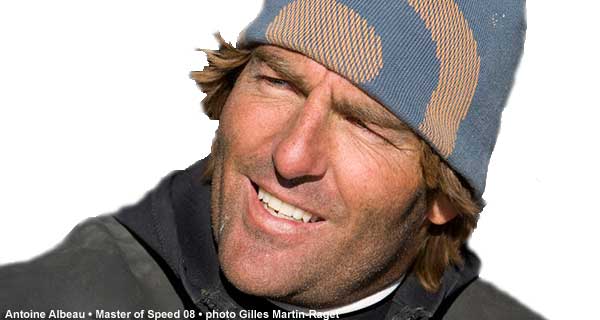 Antoine Albeau, 36 yo, 1.85 meter, 95 kg, professionnal since 1992, is a beginner in speed record. For a long time he was away from the 500 meters long runs as he was competing in the world championship circuit where he got many titles. Now he has decided to come to the speed circuit and during the 2008 Master of Speed, it has been a great success.

With 49.09 knots, A.A. is now the faster sailor of the world over 500 m. But will he be able to beak the 50 knots soonly ? that’s certainly possible. If the kites and foilers do not break it before him…