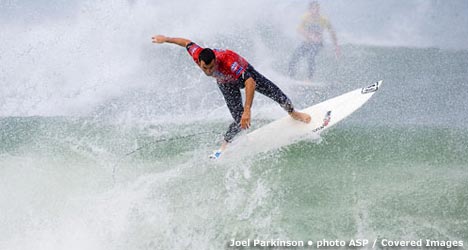 An ecstatic Joel Parkinson (AUS) has claimed victory in the Quiksilver Pro France presented by Evian. Easily the form surfer of the event – the eighth on the Foster’s ASP Men’s World Tour – Parkinson put on a tremendous display in the final to defeat his good friend in fellow Australian Mick Fanning.

While Parkinson scored a total of 15.17 to Fanning’s 7.67, both surfers were heavily fatigued in the encounter as they had to battle a current that kept dragging them out of position.

And while Fanning struggled to find the right spot in the lineup Parkinson excelled grabbing one ride in particular that had the hugely vocal crowd on their feet when he locked in an 8.83.

On the wave he managed to score a double tube and then follow that up with a huge air.

From there the trophy was his as Fanning failed to lock in a solid score.

“I had one of those days where I always felt like I’d do well,” said Parkinson. “I picked a couple of really good waves and surprised myself. I knew that once I was on my wave my surfing would be really good. I guess I was in the rhythm today.”

Suddenly Parkinson is within reach of a world title, and as a result his ambitions have changed.

“With surfing you can really change things around in one or two events,” said Parkinson. “I had a couple of results at the beginning of the year that weren’t going my way. I felt like I was surfing really good and I think I had a couple of bad decisions. I guess I learned from them and now I’m really feeling a lot better as a surfer and can have a decent crack at it (the title).”

When speaking about Fanning, Parkinson was full of admiration for his good mate.

“I see Mick in the surf Surf #Surf a lot at home as we free surf Surf #Surf together all the time,” said Parkinson. “When I free surf with him I just think, I don’t know how I can ever keep up with him. We have those battles all the time where we both just step up to the plate. We’ve been doing that since we were 12 years old. We don’t talk out there, we’re best of mates and we sit out there for half and hour and we won’t say a word. Before and afterwards we’re all high fives.”

For Fanning the second place was bitter sweet. While he would have loved to claim the win, he was very pleased for his good friend Parkinson who hasn’t to claimed a victory since winning the Boost Mobile Pro in California in 2004.

“If one of your best mates wins it’s just great,” said Fanning. “A second is always good, it looks really good at the end of the year. Last week I lost to Deano (Dean Morrison) in California and this week I lost to Joel. When’s it my turn ?” [laughs]

Fanning admitted that at the end of the day fatigue got the better of him.

“It was hard out there,” said Fanning. “As fit as I think I am, I know I can do some more work now. I just sat there in the final for 25 minutes just paddling, paddling, paddling and by the time I got a wave I was just so fatigued in my whole body and mentally I just couldn’t do anything.”

Half way through the final both surfers rode waves simultaneously and when they hit the sand a sprint race ensued along the beach back to the rip – much to the delight of the crowd who were enjoying the competition between the two friends.

“I put the sprint on at the start and I thought, I’ve just have to cruise,” said Fanning. “I knew that I could beat him on the paddle Paddle #standuppaddle #paddleboard out and gain priority. After you’ve been paddling for 25 minutes... to just run like that, I mean, I don’t know where I got that energy from. It didn’t really do anything anyway, I paddled out the back and got a close out anyway.(laughs)”

Finishing in equal third, Slater was going through a lot of “what if” type situations in his head in relation to his title campaign.

A win here would have meant that the title race could nearly have been over but now it will continue on to the next event.

Having narrowly escaped going out of the event in the quarterfinals to Jake Paterson (AUS), Slater had difficulty getting into a rhythm in the current-affected conditions.

In his semi matchup with Fanning he was out of sorts with the waves and while it was close at the outset Fanning grabbed the upper hand and stayed in perfect tune with the waves.

Slater was also feeling some satisfaction due to the fact that his closest tour rivals had been knocked out before the final.

“It’s obviously a good position for me,” said Slater. “If Andy had made the final it would have been a bummer for me if I didn’t also make it. I’ve just got to try and go to Munduka now and better my 3rd and move on with it.”

Also finishing in equal third was Andy Irons (HAW) who went down to the red hot Parkinson.

Irons was one of the best surfers earlier in the event and given that he has won here the past three years he was the favourite to take it again.

But despite having the loss against him, Irons was happy to have gone down to Parkinson and was behind both finalists and their achievements.

“He caught the right waves and he surfed really well,” said Irons. “He’s my boy… he rips and I’m glad to see him take the final.

“I like both of them. They’re both really good friends of mine. I was going for both of them and now we’ll go and party like maniacs !”

The equal third placing of Slater and Irons has now put an interesting spin on the race for the world crown.

If Slater wins in the next event at Mundaka, he could wrap up the title in one fell swoop.

But hot on his heals is Irons, Burrow, Fanning and Parkinson who can mathematically steal Slater’s thunder if they continue to finish higher than Slater in the remaining three Foster’s ASP Men’s World Tour events.

The Billabong Pro Mundaka is scheduled to kick off this upcoming Monday October 2 with a promising forecast on the cards. 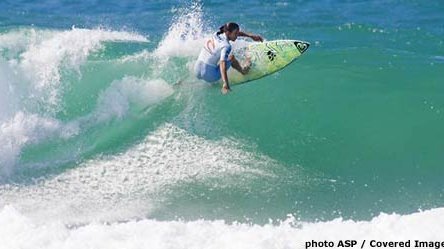 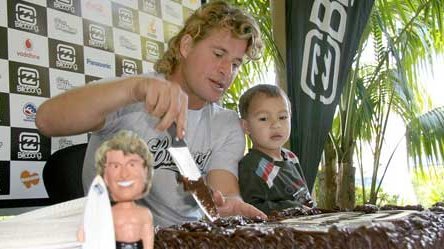 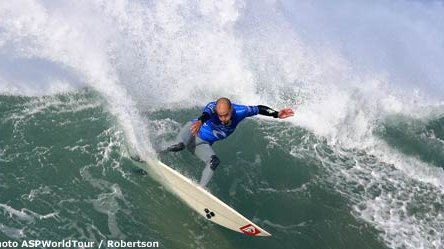 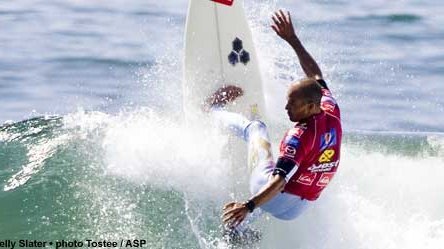