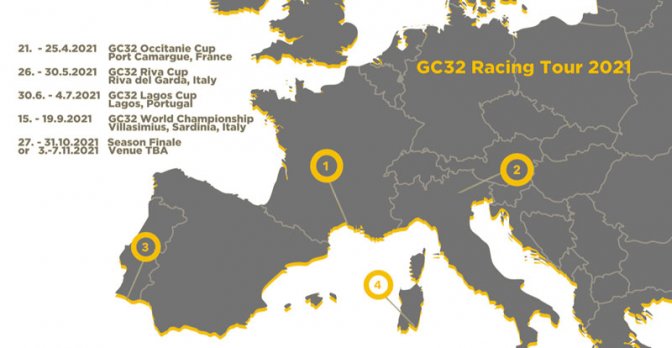 After this season sadly had to be written off due the COVID-19 pandemic, the GC32 GC32 #GC32 Racing Tour will bounce back in 2021 with another five event circuit, including a World Championship, for its ultra-high performance one design foiling catamarans. Up to ten international teams from afar afield as Australia and the USA are due to compete across the season including several new teams that have acquired the few remaining secondhand boats, eager to experience the outstanding racing and the unrivalled performance ‘bang for your buck’ the GC32 GC32 #GC32 provides.

As usual the GC32 GC32 #GC32 Racing Tour will visit venues chosen to offer competitors the best chance of solid breeze and flat water, the optimum conditions for foiling. Yet the 2021 venues also offer diversity ranging from alpine lakes to Mediterranean bays and even the Atlantic, albeit well protected.

The season kicks off with a welcome return to France, one of the GC32 GC32 #GC32 ’s spiritual homes with many leading French sailors such as America’s Cup America's Cup #AmericasCup skipper and Volvo Ocean Race Volvo Ocean Race #VolvoOceanRace winner Franck Cammas having passed through the circuit. The 2021 GC32 Racing Tour will begin at top of the Golfe du Lion in Port Camargue au Grau du Roi with the GC32 Occitanie Cup. Located in the Gard department within the Occitanie region of southern France, Port Camargue has 4600 berths – the largest number of any European marina. Famously it features characteristic 1970s architecture by Jean Balladur.

Over April-May, Port Camargue au Grau du Roi is the best time of year for foiling with the most winds of 12+ knots, blowing offshore from the north-northwest, making for flat water. The venue is well accustomed to holding racing for keelboats and dinghies including a stopover of the Tour de France à la Voile in 2017 and the J/70 World Championship in 2015.

Carole Delga, President of la Région Occitanie/Pyrénées-Méditerranée and Doctor Robert Crauste, Mayor of Grau du Roi, Président of the Autonomous Region of Port Camargue and of Community of Communes Terre de Camargue stated : “Resolutely turned towards the sea, with its values of solidarity and of pushing the limits, the women and men of our region love sailing and the intensity of life at sea. With this international event that brings together the best skippers on the planet, the Région Occitanie and Port Camargue in Le Grau du Roi, the leading marina in Europe, confirm their commitment to excellence and high-level water sports. We are also happy that our preserved and protected landscape will become the setting for an international event synonymous with prestige and sharing.”

From the second event, the 2021 GC32 Racing Tour returns to familiar territory. At the end of May, the flying catamaran fleet head to Riva del Garda at the northern end of Lake Garda, Italy. A revered venue for all high performance yachts, Riva del Garda offers the opportunity to sail in perfect 15-20 knots, ideal for exhilarating GC32 competition all with the spectacular backdrop of the mountainous southern Dolomites. This will be the fifth time the GC32 Racing Tour has been hosted here by the Fraglia Vela Riva, including the class’ first ever World Championship in 2018.

Alfredo Vivaldelli, President of Fraglia Vela Riva commented : “We’re excited to be able to share, once more, with the GC32 Racing Tour in 2021 our race management, our hospitality and the great wind conditions so typical of Lake Garda that will make for a spectacular and unforgettable event.”

The GC32 Racing will also return in 2021 to Lagos, Portugal, situated at the southwesternmost tip of Europe and fast becoming recognised as a top venue for leading yacht racing events. Lagos’ bay, thanks to it being protected from the prevailing northwesterlies, yet in close proximity to Cape St Vincent made the port a frequent setting-off point for voyage during Portugal’s Age of Discovery. In 2019, it also staged a successful GC32 World Championship, well received by the ten teams that competed.

Lagos Mayor Hugo Pereira welcomed back the GC32 Racing Tour : "The announcement of the new season of the GC32 circuit is good news for Lagos. Now, while we try to mitigate the impact of the pandemic on our community and ensure that the local economy is not greatly affected, we need to launch initiatives that will contribute to restore normality, promote our city as a destination and welcome those who visit us.

“The GC32 ‘family’ has always left a very positive mark in our city, and we are sure that Lagos and the event organisation Organisation #organisation will make everyone feel at home.”

The 2021 GC32 World Championship will take place in mid-September this time in Villasimius, located on Sardinia’s southeastern point. The GC32 Racing Tour has worked hard with the authorities at this popular Italian holiday destination, famous for its beaches, the flamingos on its salt water lake and nature reserve located off Capo Carbonara, to help plant Villasimius and its well equipped marina on the international sailing map.

Sergio Ghiani, Council member of the Lega Navale Villasimius and City Delegate for Tourism said : “We are excited to have been selected as the venue for the GC32 World Championship and we all hope to have a great event in 2021. The local organising team has been working hard for over three years during past events to achieve this result. As Delegate for Tourism I believe this is a unique opportunity to make Villasimius known on an international level and to raise its popularity with the sailing community worldwide.

“Villasimius has bet on activity tourism, and sailing is a perfect example of this strategy. We are happy and proud to do everything possible to make Villasimius a top sailing destination and to involve the city, its residents and its visitors too.”

Amedeo Ferrigno, Marina Director added : “We have committed to this great event since the veru beginning, so we are proud now to host the World Championship and have those professional teams challenge themselves in this beautiful spot. We are investing a lot of resource in this because we strongly believe sport as being the way to give the right image of our territory. Our Marina will be happy to host such a important event and provide the hospitality to all the teams”

Giovanni Chessa, Chairman of the Tourism Board of Regione Sardegna said : “As councillor for tourism in the Sardinia region, I am pleased to contribute to this world class event, which will bring great visibility to Sardinia over 15-19 September, also thanks to the fabulous location of Villasimius where the GC32 World Championship will be hosted. I thank all the organizers and a special thanks to the mayor Luca Dessi and to councillor Sergio Ghiani who are contributing to many international sports initiatives.”

The venue for the grand finale of the 2021 GC32 Racing Tour will be confirmed in the next weeks. 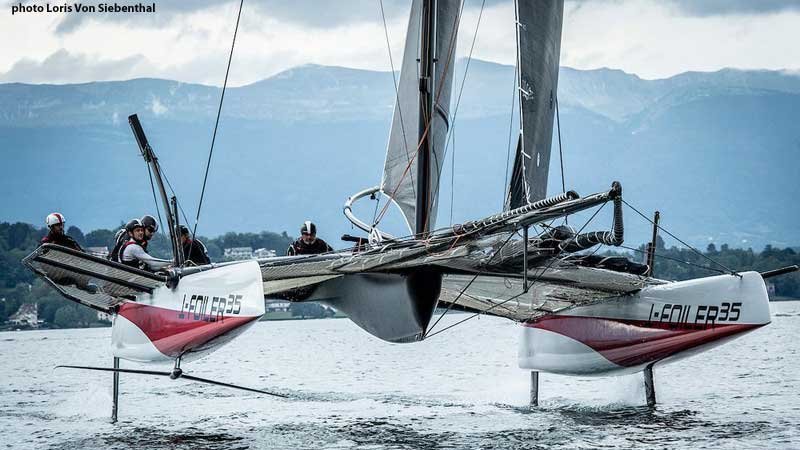 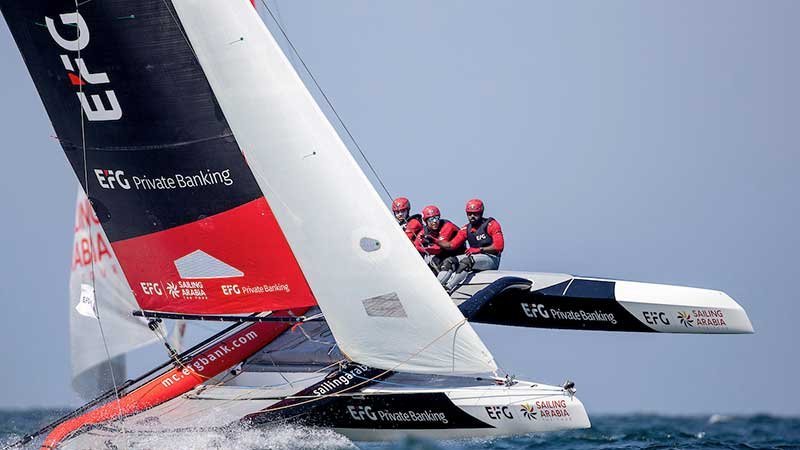 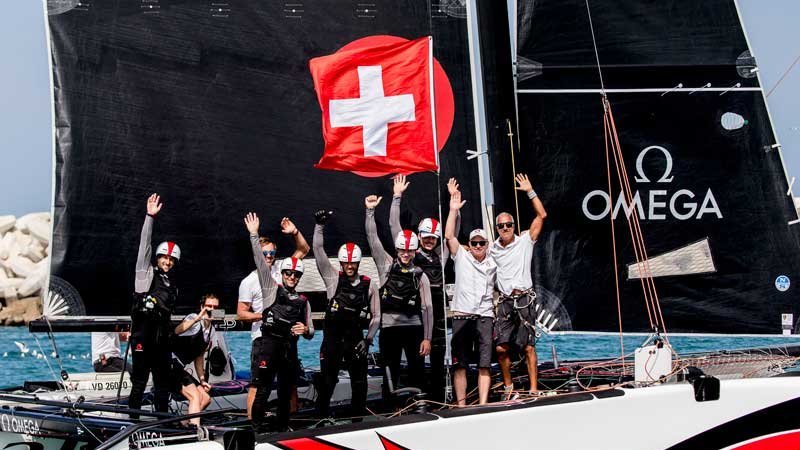 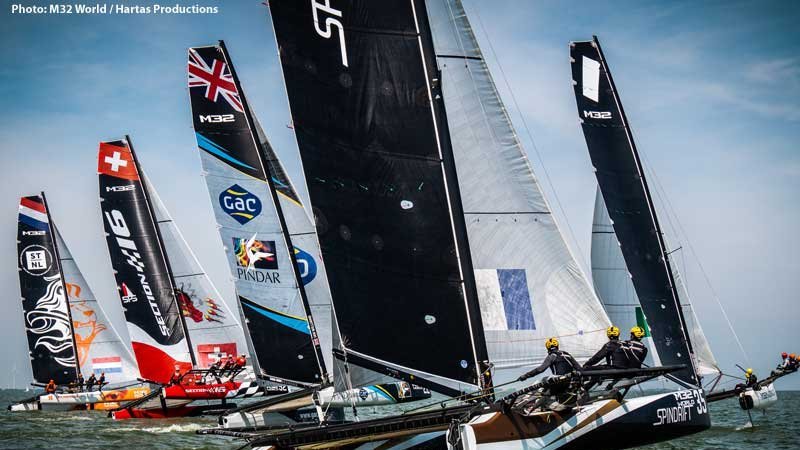